Q&A - SHREE RAMANUJA-SAMPRADAYA'S VIEW ON SHIVA: Is Shiva a jiva? What is "pradurbhava-antara"? Can Shiva act as a "moksha-upakaraka"? Why Krishna is "Shankara among Rudras"? Why Rudra Hridaya says: "Govinda = Shankara"? 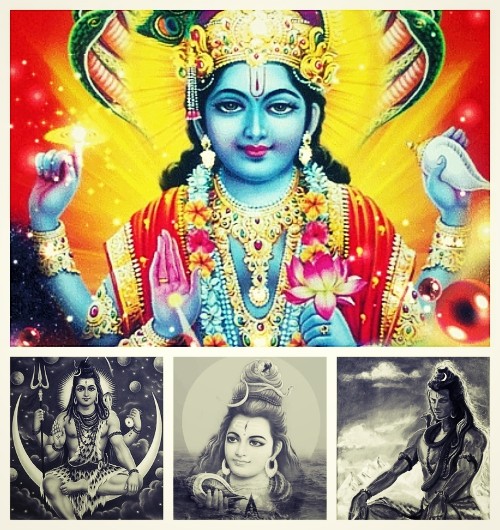 Answer by Vishnudut1926: "Shiva is just a jiva, the so-called "gauna-pradurbhava", controlled by Shriman Narayana. Shree Pillai LokAcharya (The Founder of Shree Ramanuja-Sampradaya's Southern Branch) brilliantly explains this Siddhanta in just one Sutra from "Shree Tattva-Traya":

"Shree Tattva-Traya" by Shree Pillai LokAcharya, Sutra 106: "Brahma, Shiva, Agni, Vyasa, Parashurama, Arjuna and etc. are never to be worshipped by mumukshus, because all of them belong to the so-called "gauna-pradurbhavas"*** (non-essential manifestations of Bhagavan Shree Narayana). These "gauna-pradurbhavas" are simple jivas with sansarik ahankara. Bhagavan Shree Narayana uses these jivas for specific operations (for example, the destruction of the world as in Shiva's case and etc.).

Shree Parashara Bhatta Acharya, one of the key Acharyas of Shree Ramanuja-Sampradaya, extends this explanation is His commentaries to "Shree Vishnu-SahasraNama".

These concepts hail from Orthodox Vaishnava PanchaRatra (112 complex Vaishnava Agamas and Samhitas): they are very complex due to the reason, that the majority of Shree PanchaRatra Granthas hail from Dwapara-Yuga, not Kali-Yuga. I will give a simplified explanation below.

"Pradurbhava-antaras" mean Shiva, Brahma, Agni and so on.

"Pradurbhavas" of Bhagavan Shree Narayana can grant Mukti, while "pradurbhava-antaras" are not able to grant Mukti at all - Shree Parashara Bhatta Acharya stresses out this point, quoting "Shree Sattvata-Samhita":

Let me remind again, that I am explaining Shree Ramanuja-Siddhanta in a simplified way, so I omit the explanation of Vyuhas/Vibhavas notions - they are rather complex in "Shree Sattvata-Samhita".

Question: "I do remember that "Shiva" name is mentioned 2 times in "Shree Vishnu-SahasraNama". What is the right understanding of such reference?".

Answer by Vishnudut1926: "Shree Parashara Bhatta Acharya explains both Names in the very direct Sanskrit sense, that is as "Bhagavan Shree Vishnu, Who is Auspicious and Favourable to His prapannas".

If you look into any Sanskrit dictionary, you will notice, that शिव [śiva] is a Sanskrit adjective with such meanings as "auspicious, favourable" (see the screenshot below or on #plurk, #box):

Sanskrit adjective "shiva" also has such synonym as मङ्गल [maṅgala].

So, Shree Parashara Bhatta explains "Shiva"-name from "Shree Vishnu-SahasraNama" via "śiva"/"maṅgala" Sanskrit adjectives with "auspicious, favourable" meanings and quotes a set of Pramanas from "Shree Vishnu-Dharmottara-Purana" and "Shree MahaBharata":

Question: "I also have a question, regarding "Shree Padma-Purana" and "Shree Varaha-Purana". These Puranas contain a hefty number of wacky Pramanas, stating that "Bhagavan Shree Vishnu = Shiva and there is no difference between them at all". Are these bizzare Pramanas belong to interpolations, typical for Kali-Yuga?".

You can refer to the simple synopsis of "Shree Rahasya-Traya-Sara" by Dr. Ananta Rangacharya, pdf-scan in my E-Library, starting from page 67 - http://vishnudut1926.blogspot.com/2018/01/essence-of-srimad-rahasyatraya-saram-of.html

Question: "Nowadays I also sometimes hear the statements about Shiva as a bhakta of Bhagavan Shree Narayana. Are these statements true?".

Answer by Vishnudut1926: "It is mentioned in the Moksha-Khanda of "Shree Garuda-Purana", that one should make a distinction between totally tamasika Shiva and Shiva, who is "bhagavata-bhakta".

Question: "This "bhagavata Shiva" idea is rather deluding - hearing it many people start to ask if they can worship Shiva not as a devata, but as an elevated "bhagavata bhakta of Bhagavan Shree Narayana". What will be the answer from Shree Ramanuja-Sampradaya point of view?".

Answer by Vishnudut1926: "These questions are very easy to answer. In Shree Ramanuja-Sampradaya we have our own Guru Parampara, its core line-up looks like this:

As you can see Shiva is totally absent in our Guru-Parampara - it means, that a Sri Vaishnava can't worship him as bhagavata, acharya and etc."

Question: "Speaking about Acharyas. I have also stumbled upon the statements, that Shiva should be considered to be a Vaishnava-Acharya, because he can lead jivas to Bhagavan Shree Narayana. Is it true?"

Sometimes devatas can help jivas in getting Moksha. Shree Vedanta Desika Acharya dwells on this concept in "Shree Rahasya-Traya-Sara", discussing such term as "moksha-upakaraka".

Again, it does not mean, that one should worship Shiva or Indra or Agni, waiting for the help with Moksha from them or accept them as acharyas, because actually only Bhagavan Shree Narayana and Shreemati MahaLakshmi-Devi can grant a jiva Mukti.

"Moksha is caused only by the Grace of Bhagavan Shree Vishnu and Shreemati Lakshmi-Devi".

Question: "In "Shree Bhagavad-Gita", 10.23 Shree Krishna-Avatara says "I am Shankara among Rudras". How to understand this Shloka?".

Answer by Vishnudut1926: "This statement belongs to the very complex Vedic notion, which requires the knowledge of Sanskrit and Vedas.

Shree Ramanuja-Acharya explains all the similar statements from 10th Chapter of "Shree Bhagavad-Gita" via such grammar Sanskrit rule as सामानाधिकरण्य [sAmAnAdhikaraNya].

In order to understand this concept one must know the Vedic etimology of the Name "Vishnu" as well - it origins from the Sanskrit root "VISH" - "to pervade, to enter, to dwell in everything/everyone".

I am sorry, but a simplified explanation is entirely impossible in this case, because one should know not only Vedas and Sanskrit for the understanding, but the entire "Shree Vishnu-Purana" and at least a couple of orthodox Vaishnava-Agamas!!!".

Question: "I have another Vedic question. Sometimes Shaivas quote the 6th Mantra of "Rudra-Hridaya-Upanishad" from YajurVeda, which sounds like this "ye namasyanti govindaṃ te namasyanti śaṅkaram" and means, that "Govinda=Shankara". How to understand this Vedic Mantra?".

Answer by Vishnudut1926: "As you know in Kali-Yuga Krishna Cults and Shiva Cults are always interconnected. For example, you can find the Chapters about Shree Radha-Krishna in Rudra-Samhita of "Shiva-Purana". Shaiva-Tantras also frequently mention various Gopala-sadhanas (for example, "Maheshvara-Tantra", "Sammohana-Tantra", "Sharada-Tilaka", "Rudra-Yamala" and so on).

You should understand the idea of "Govinda-Bhakti for the fallen ones" in order to grasp the statement "Govinda = Shankara".

Shudras, women and etc. are always interested in tamasika Shiva/Krishna/Kali sadhanas from Puranas and Tantras, but you can never captivate them with pure Sattvika Vishnu/Narayana concept - it is too Vedic and too Agamic and too complex for them.

Besides, shudras, women and etc. have no adhikara for the following to complex Vedic sadhanas and archanas.

Generally, the Pramanas of "Govinda=Shiva" range help tamasika/rajasika persons to "find Krishna". When a person encounters the Pramanas of this kind in Puranas, Tantras or even Vedas he/she starts to think: "Why not to worship Govinda?" and etc.  Thus, tamasika Govinda-Bhakti is an initial step to serious Vaishnavism in future lives.

Or even way to Moksha in this very life - see "Shree Bhagavad-Gita", 9.32 - pāpayonayaḥ striyo vaiśyāstathā śūdrāste'pi - "This Krishna-Sharanagati is the only chance for papayonis, women, shudras and vaishyas to get Mukti".

In "Shree Vachana-Bhushanam" Shree Pillai LokAcharya and Shree Manavala Mamunigal Acharya brilliantly explain this concept of spriritual evolution via "Mother who loves even handicapped children"-example (see the excerpt below or on #plurk, #box, #dropbox, #gett): 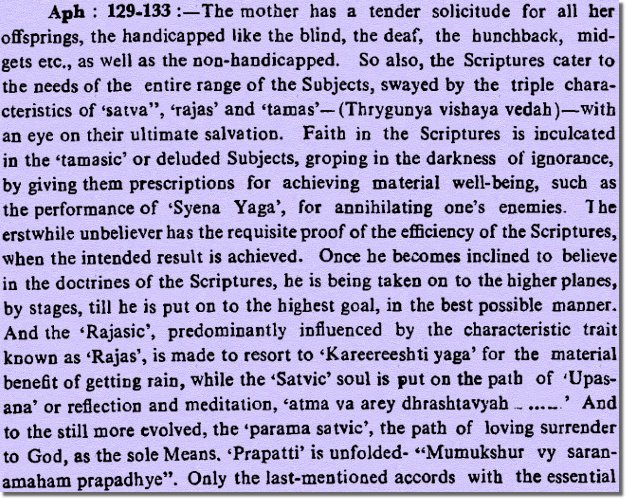 So, for example, for a Sattvika Vaishnava-brahmin, who loves "Shree MahaNarayana-Upanishad" and "Shree Sattvata-Samhita" all these "Govinda=Shankara" pramanas will have a zero value, while for tamasika persons, who study Puranas and Tantras of Kali-Yuga, searching for a right path to follow, these "Govinda=Shankara" pramanas, uttered by any Shaiva-acharya "out of blue", can have the very drastic impact for turning into Govinda-bhakta.

For this reason, even Shaiva Puranas/Tantras/Upanishads always contain Govinda/Radha-Krishna Pramanas, helping tamasika person to find at least an initial form of Vaishnavism in the form of primitive Govinda-Bhakti.

Generally, the final stage for every jiva is Sattvika Narayana-Prapatti, based on complex Vedas and Agamas: all other paths (Shiva-Bhakti, Govinda-Bhakti, Kali-Bhakti and etc.) are interim ones and deluding.

Question: "No and thank you very much for the replies".

Answer by Vishnudut1926: "You are welcome. To sum up - according to Shree Ramanuja-Siddhanta Shiva a simple jiva with "pradhurbhava-antara" ["gauna pradurbhava"] status. This status is totally fruitless for us, because Shiva can't grant Mukti.

This is the opinion of such principal Acharyas of Shree Ramanuja-Sampradaya as Shree Pillai LokAcharya, Shree Parashara Bhatta and Shree Vedanta Desika, confirmed by Vedas, Puranas and Agamas, of course!". 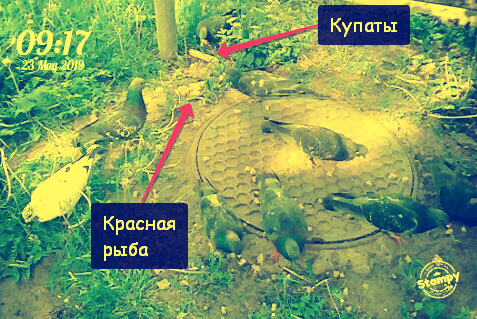