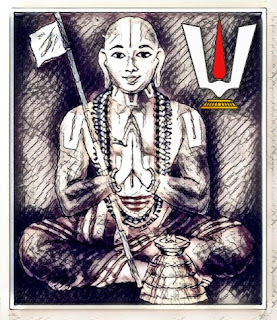 Recently there was an interesting article in my blog dwelling on "Dharma - to be or not be?" question (based on the Verse 18.66 of "Shree Bhagavad-Gita"). This one - http://vishnudut1926.blogspot.ru/2017/04/if-by-means-of-absolute-surrender-one.html

I will remind the gist in brief: Shree Ramanuja-Acharya says that Dharma is not to be discarded, while some acharyas say that Verse 18.66 of "Shree Bhagavad-Gita" actually allows the refusal from Dharma. The conclusion was that both points of view are correct, but Shree Ramanuja-Acharya's point of view is more reasonable and safe to follow.

Today, while scrolling through 11th Skandha of "Shree Bhagavata-Purana" (while making 5-minutes breaks between Dhyanas devoted to Shreemati MahaLakshmi-Devi) I have found the Verses that repeat Shree Ramanuja-Acharya point of view.

And surprisingly - these Verses dwell not only on Dharma and karma, but on Shree Pancharatra as well.

"Shree Bhagavata-Purana" 11.3.45: "One should not indulge in dereliction of the prescribed Vedic duties from the beginning, prematurely thinking that liberation from Karmas is the real object in life.

If a person being himself ignorant and having no control over his senses, does not perform the duties prescribed by the Vedas, due to the Adharma (the course of unrighteousness) in which he is involved by Vikarma (non-performance of the prescribed act and commission of the acts prohibited by the Veda), he goes from death to death (as he remains entangled in Samsara)".

"Shree Bhagavata-Purana" 11.3.46: "He who performs acts prescribed in the Veda but has no attachment to the fruits thereof and dedicates them to The Supreme Ruler, attains to that state of accomplishment (i.e. Moksha) in which karma or its fruit does not bind him. The promise of fruits of karmas is meant to create interest in the karma".

"Shree Bhagavata-Purana" 11.3.47: "Whoever is desirous of instantaneously cutting as under the knot (of egotism) of the heart of his self which is Brahman Himself, should, in addition to the Vedic Rites, perform the worship of Lord Keshava in the manner prescribed in The PanchaRatra Tantra".

"Shree Bhagavata-Purana" 11.3.48: "After getting oneself initiated (in the Tantrika path) through The Grace of The Spiritual Preceptor and being shown the technical method of worship by his Guru, he should worship the Supreme Person in The Form of The Lord that he likes the best".
"Shree Bhagavata-Purana" cited from
Motilal edition (link to PDF-SCAN) 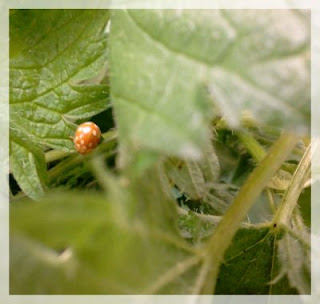