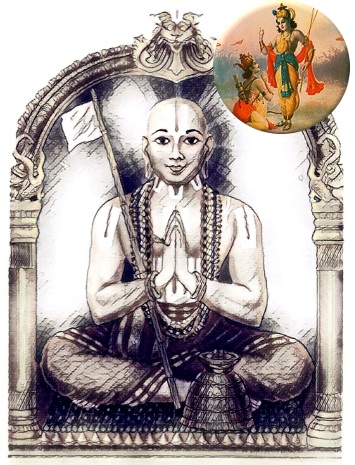 THE TIKA BY OM VISHNUPAD SHREE RAMANUJACHARYA TO THE VERSE 2.31 OF "SHREE BHAGAVAD-GITA" IS MORE THAN BRILLIANT DUE TO THE REFERENCES TO AGNISOMIYA AND YAJURVEDA:

Translation: "Further, considering also your own duty, it does not befit you to waver. For, to a ksatriya, there is no greater good than a righteous war"

Tika by OM VishnuPad Shree RamanujAcharya ("Shree Gita-Bhashya"): "Further, even though there is killing of life in this war which has begun, it is not fit for you to waver, considering your own duty, as in the Agnisomiya and other sacrifices involving slaughter.

To a ksatriya, there is no greater good than a righteous war, begun for a just cause. It will be declared further in the Gita:

"Valour, non-defeat (by the enemies), fortitude, adroitness and also not fleeing from battle, generosity, lordliness - these are the duties of the ksatriya born of his very nature." ["Shree Bhagavad-Gita", 18.43]

In Agnisomiya etc., no injury is caused to the animal to be immolated: for, according to the Vedic Text, the victim, a he-goat, after abandoning an inferior body, will attain heaven etc., with a beautiful body.

The Text pertaining to immolation declares:

"O animal, by this (immolation) you will never die, you are not destroyed. You will pass through happy paths to the realm of the gods, where the virtuous only reach and not the sinful. May the god Savitr give you a proper place." ["Shree YajurVeda", 4.6.9.46]

Likewise the attainment of more beautiful bodies by those who die here in this war has been declared in the Gita:

Hence, just as lancing and such other operations of a surgeon are for curing a patient, the immolation of the sacrificial animal in the Agnisomiya and etc. is only for its good".
Cited from "SRI RAMANUJA GITA BHASYA"
Devanagari and English Rendering -
translation by Swami Adidevananda
#LINK TO E-BOOK# 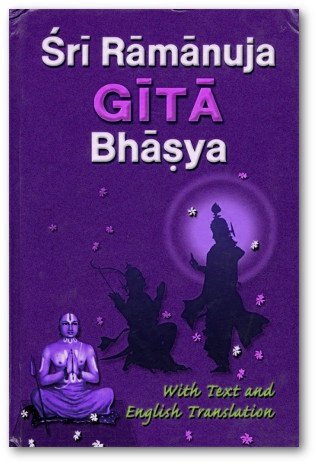 If you are interested in other editions please refer to: 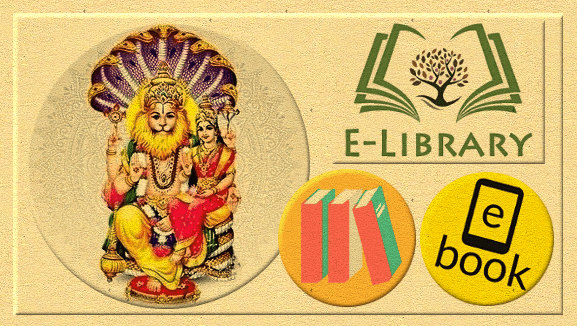