It's impossible to repay the debt to Shri-Vaishnava-Acharya, but... 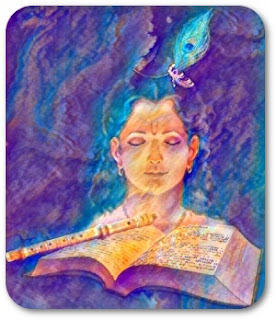 At least 50% of his property, he should offer to his aachaarya, if not at least a reasonable ‘Gurudakshina’. He should behave with the same fear and respect with his aachaarya as he would with God Himself.

He should serve the aachaarya the same way he serves Bhagavan Shree Narayana (Shaandilya/Aapasthamba soothras).

Although he cannot repay his debt to his aachaarya, he should observe the following:

i) He should not go against aachaarya’s teachings: he will become useless,

ii) He should have humility/disinterestedness in material things; without these, and if he thought knowledge alone is important, it is equivalent to crow’s cawing,

iii) If he exploits the teachings he got from his aachaarya for the purpose of earning money etc., it is equivalent to a prostitute selling her body.

iv) In order to earn money, if he simply ‘throws’ the Rahasyaarthas and Sampradhaayaarthas in a big audience thereby letting the audience-members to understand them in their own way, it amounts to a very low and bad job.

v) He should not teach ‘unfit’ people - their improper understanding will lead to bad/wrong teachings.

vi) The Brahma-Vidya according to Smrithis, will itself address the shishya who has learnt it saying: do not teach me to an atheist, unfit fellow ; protect me as a treasure.

vii) He should know that he has nothing to give in return to an aachaarya who has rendered such a great help to a shishya who was like a blind man in the beginning and is now in a position to join the nithya sooris.

He should consider his having obtained the bond with an aachaarya as ‘the greatest fortune’, and talk about it just the same way Sri Raama did in the case of his aachaarya, Vashista.

While teaching Rahasyatraya he should first pay glowing tributes to his aachaarya.

Stressing on the importance of Kaalakshepa, Swami Desikan says that the shishya who has got ‘upadesham’ in a proper way, while teaching it further, should ensure that his shishya shows him respect (prostration, abhivaadhana, doing service etc); otherwise it could lead to a bad episode and death of either one or give rise to hatred.

If the shishya does not glorify his aachaarya, it amounts to one of 32 apahaaras - the shishya might lose his wealth etc.

viii) Just like various jobs get transferred to the next generation, the shishya on the verge of his passing away talk about his own aachaarya in glowing terms and tell his shishya that he learnt, due to his aachaarya’s blessings and not due to his intelligence, the rare meanings.

The seed, the shishya has sown (his own shishyas), will bear fruit. His shishya will shine.

Hayagreeva in whatever form He manifests, He will appear as an aachaarya and help the chethanas to liberate themselves from ‘samsaaric’ life.

Therefore there is no God greater than an aachaarya.