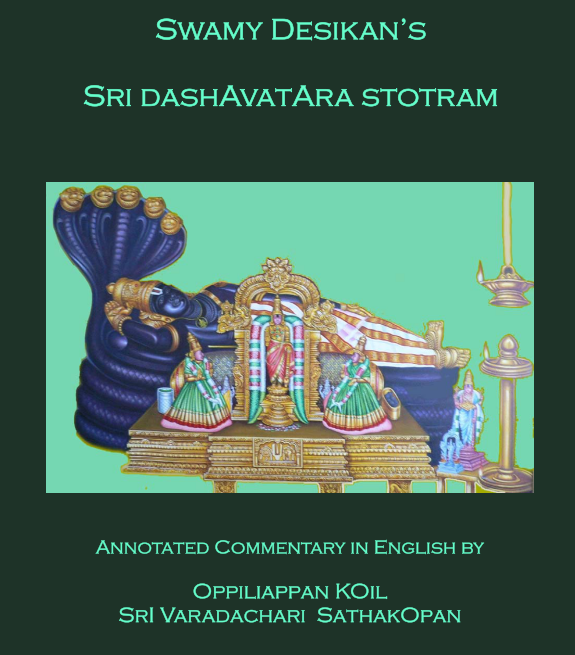 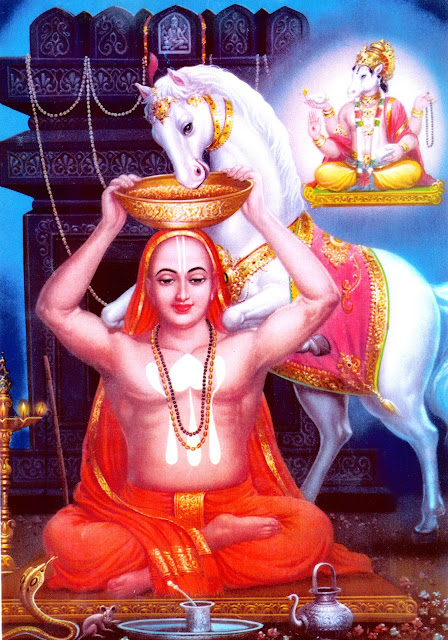 REMEMBER THAT THIS STUTI "is set to Ashvadhaati  and   sounds like a horse dancing".

Sri Vadiraja on his regular periodic victory travel (digvijaya) visited famous Pandarapura. During that time, one fine morning when he opened his box of worshipping idols (devara pettige, which contains worshipping idols and saligramas) he could not see his diety Sri Hayagriva idol, but through his vision he could realise what has happened and started walking towards the Bhimarathi River.

At the same time one farmer (krishivala, one who does the farming of land) came running towards him and told him that swamiji's horse has eaten his nursery plants of Bengal gram (khadale) resulted him huge loss and look to be depressed about the happening.

Then Sri Vadiraja told him not to worry about the happening and not get wild about it and assured him that he will compensate the loss. And also told him to show the place where his horse has eaten his plants in the morning.

On telling this the saint started walking towards the farmers farm. On seeing the swamiji's coolness the farmer also accompanied him.

During that time one white horse came near to them with dancing, laughing and putting the footsteps according to the swamiji's stotra's tune.

On seeing the horse the farmer pointed swamiji towards the horse and told the swamiji it is the same horse which has eaten his farm plants.

Then Swamiji assured him that he will take care of the horse and started going near to the horse, suddenly the horse disappeared from the scene.

The farmer was very surprised about it and recollected that the horse which he could see for the second time also disappeared and he could see the golden bengal grams in his farm, made him very astonished, then swamiji told him that the horse which he saw was none other than God and it is not normal horse and he has been blessed with the wealth and he can take those and live happily.

Then farmer has decided to take the golden wealth which was blessed by the God and give all his lands as donation to the temple.

Since that time this Stotra is considered to be initative to get love from Sri Hari and it has been a custom among the devotees to pray or worship through this stotra while concluding daily pujas or devara pooja.

This practice is continuing in all vaishnas groups, temples, mutts etc. even today. 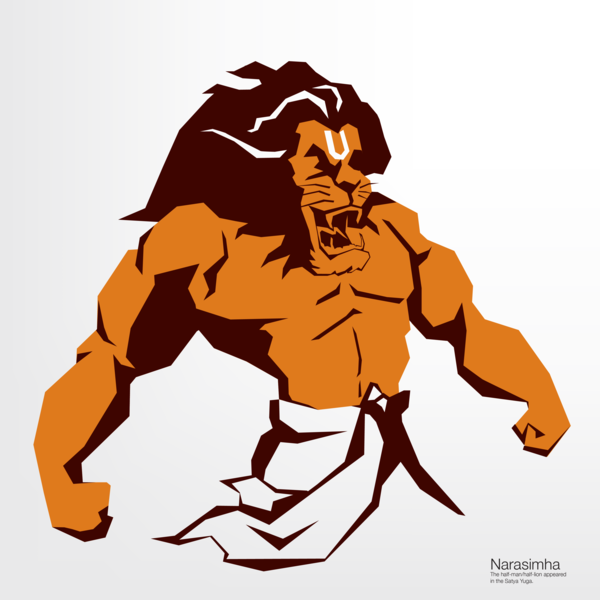 
Dasavatar Vrat or Dashavatara Puja is an observance dedicated to all the Dasavataras, Ten Supreme incarnations of Lord Vishnu.

In 2013, Dasavatara Vratham date is September 14. Dashavatar Vratha is observed on the tenth day of Shukla Paksha in Bhadrapad month.

In Bhadrapad month, Varaha Jayanthi and Vamana Jayanti are celebrated.

What so special in the Chapter 9 of the First Book of "Shree Vishnu-Purana"? 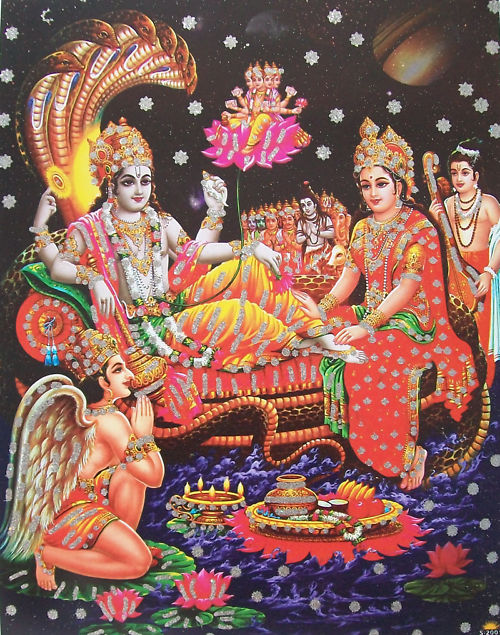 
Shreemati Lakshmi Devi loves very much the jivas, who repeat this Prayer in the morning and in the evening.

The Most Favourite Mantra of Shreemati Lakshmi-Devi is "OM VISHNU VAKSHAS STHALA STHITAYAI NAMAH". This Great Mantra is my favourite too and this Mantra translates as "All my reverence and obeisance to Goddess Shreemati Lakshmi-Devi, Who always stays on the Breast of Bhagavan Shree Vishnu".

There are 3 famous and very beautiful Verses in this Chapter of "Shree Vishnu-Purana", which underline this tender Siddhanta. 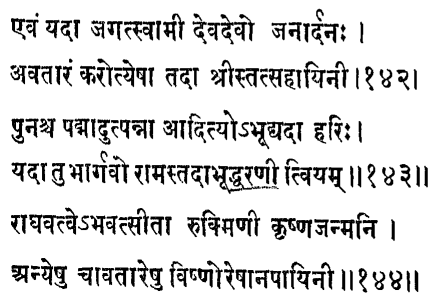 The Prayer can also be found in box, dropbox, ge.tt, cubby and copy. 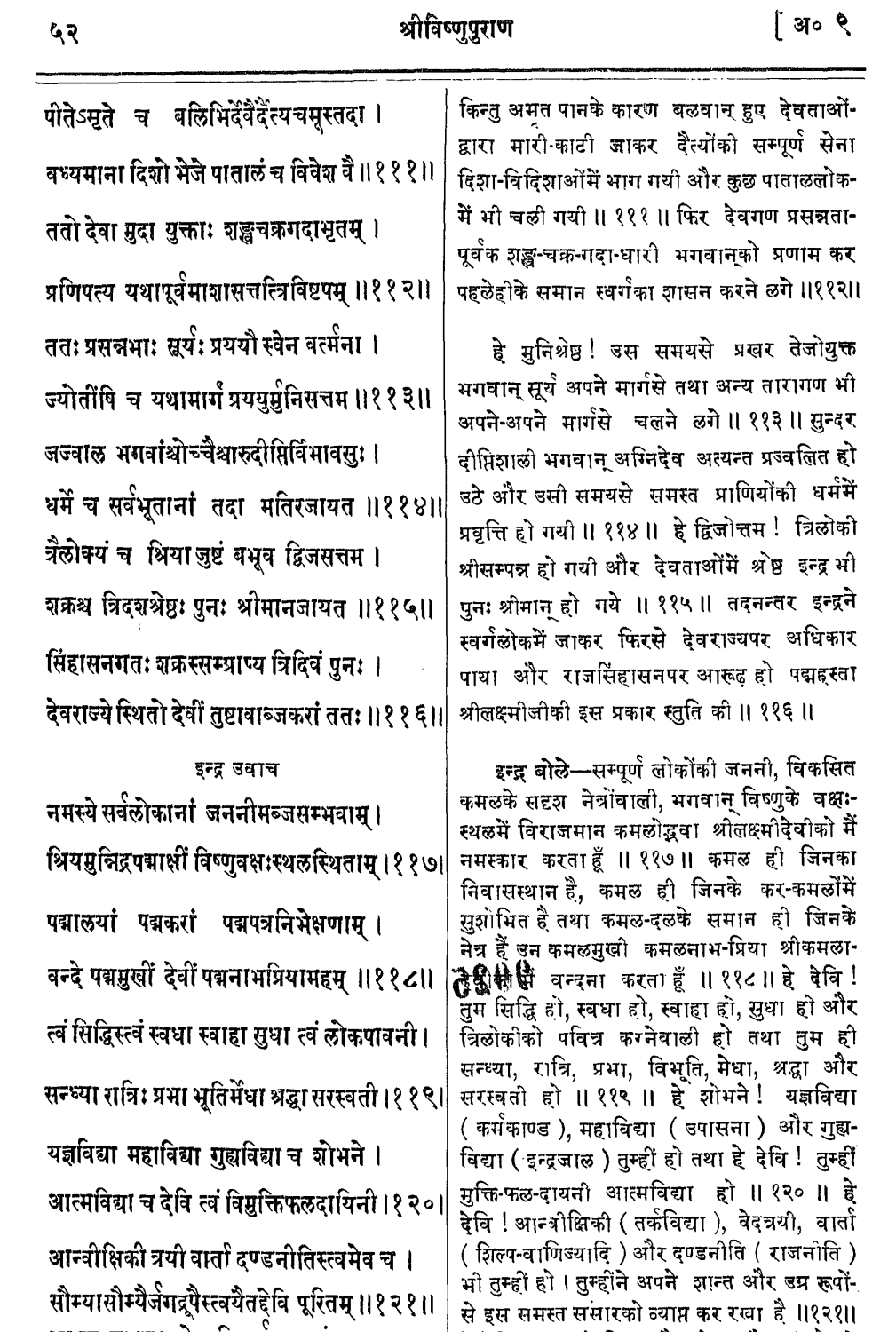 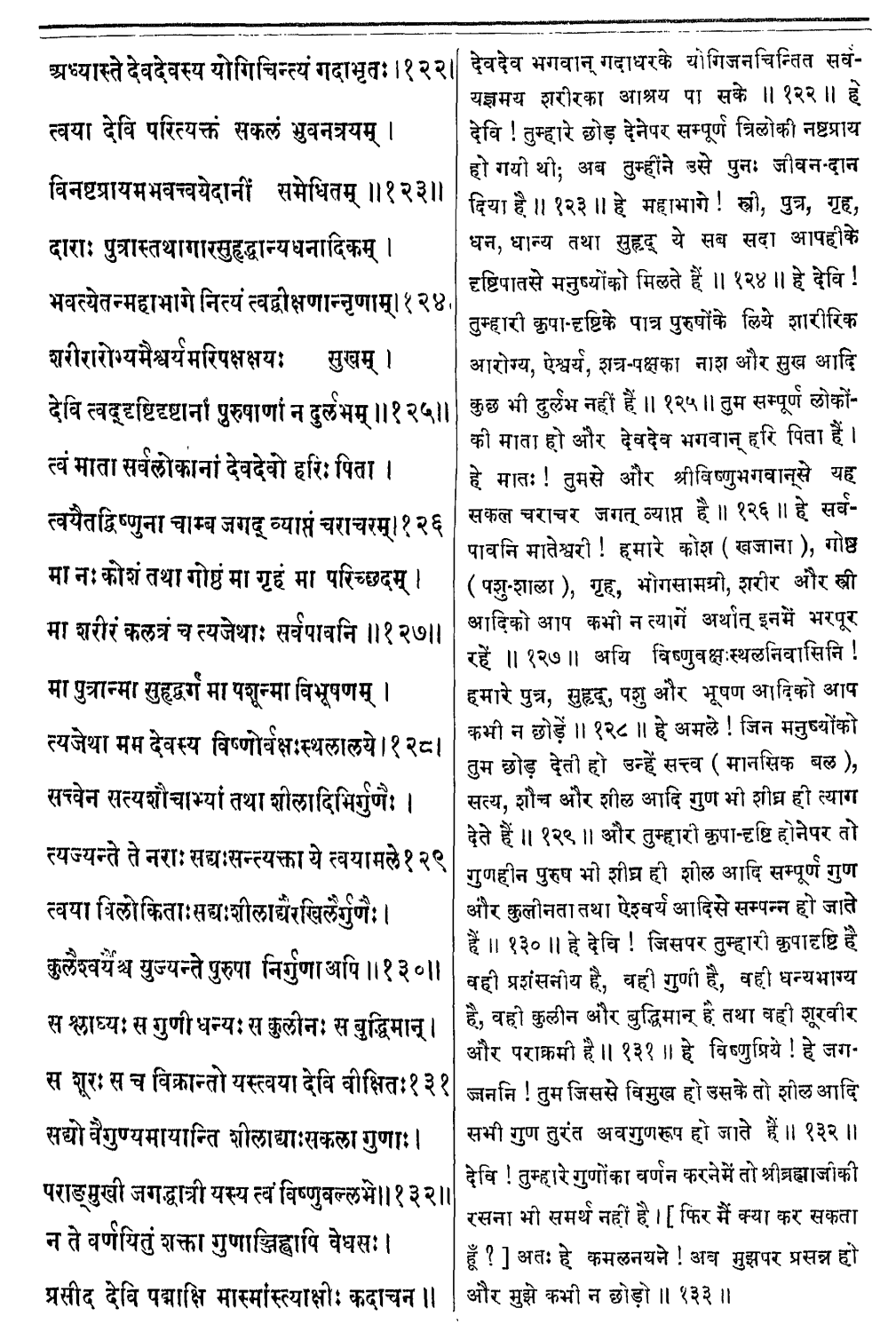 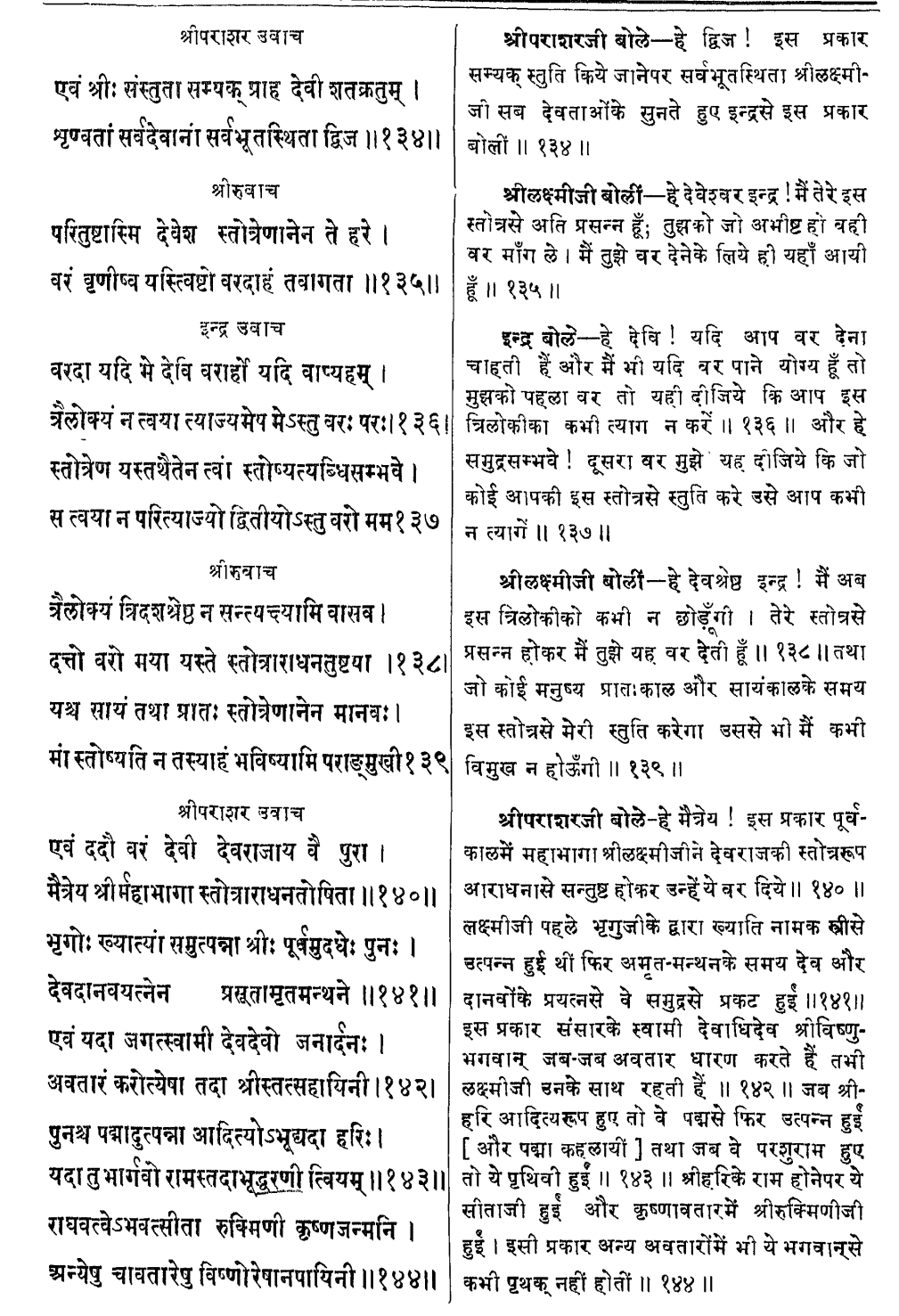 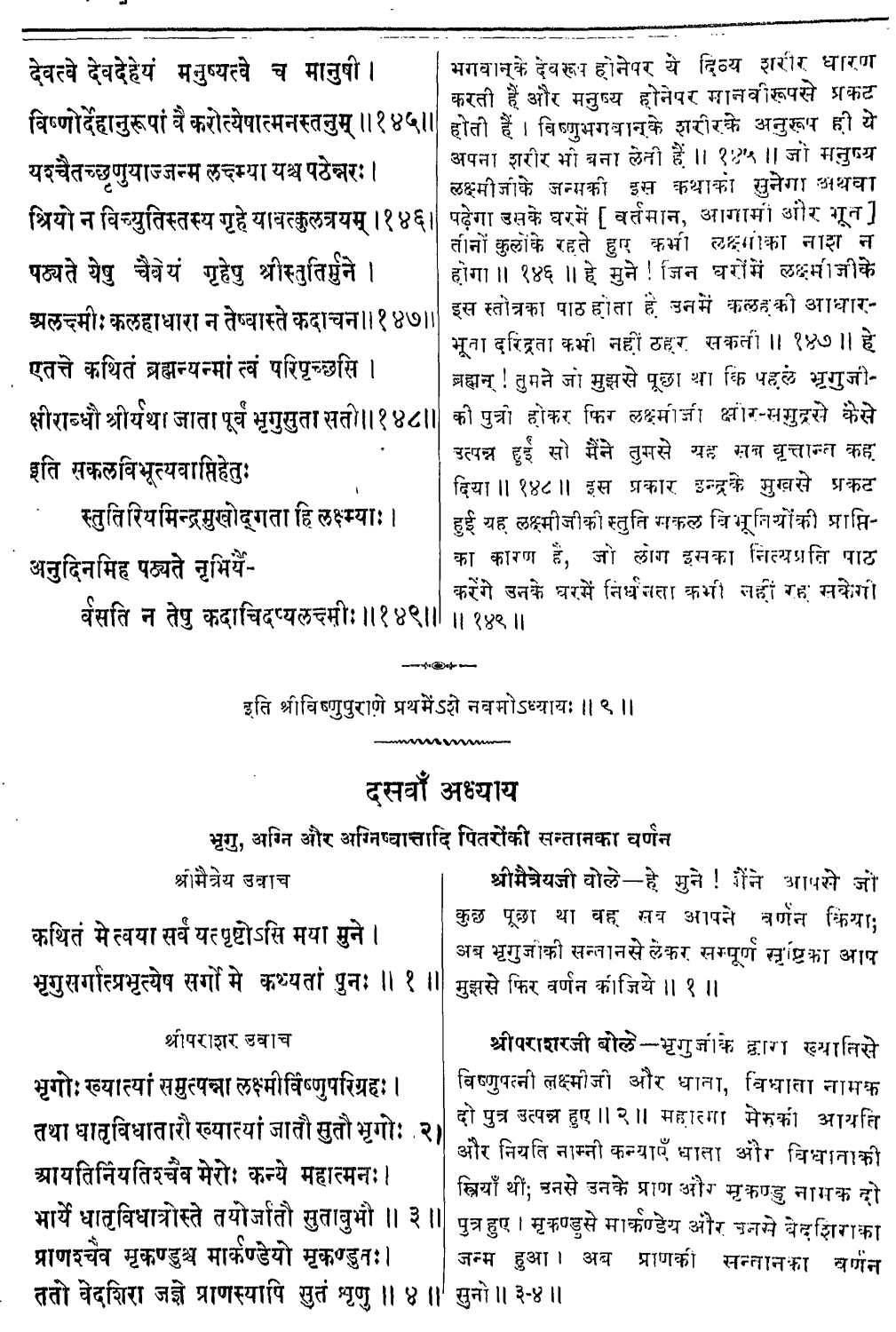 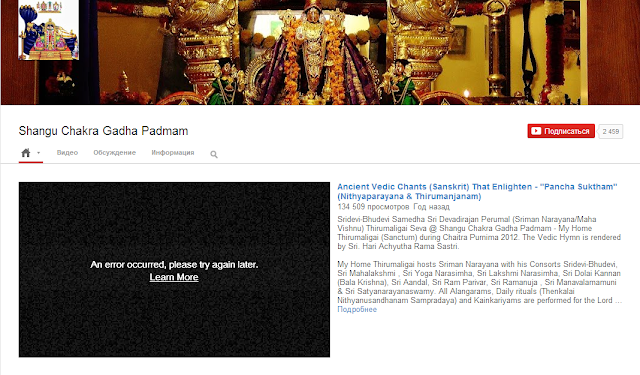 This channel is incredible - https://www.youtube.com/user/vchak66?feature=watch

Later I will publish a lot of Hymns, dedicated to Shreemati Maha Lakshmi-Devi and all the Hymns are really from this channel!!!!!! 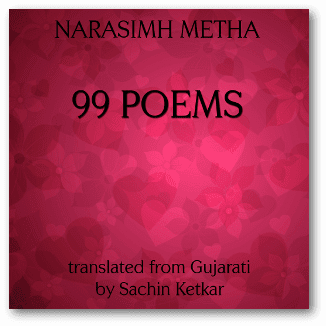 ONLY FOR SADHAKAS IN GOPI-BHAVA!

The Lyrics by Shree Shreemad Narasimh Metha (and the English translation) is masterpiece!

The Love Lyrics  by Shree Shreemad Narasimh Metha is something extraordinary among Vaishnava Bhakti Lyrics.

Nearly all the Verses are composed in Gopi-Bhava and the Mood mainly of Kanya-Gopi.

If you love the Poems (there is no way of escaping from falling in love in these Lyrics), don't miss the article by the translator (Sachin Ketkar) - http://vishnudut1926.blogspot.ru/2013/09/translation-of-bhakti-poetry-into.html

In this article Sachin Ketkar dwells on the crucial ideas regarding this translation.

The Marriages of Bhagavan Shree Krishna in Dwaraka

Yes, the Marriages of Our Husband in Dwaraka! HAHAHAHAHA!

This is the excerpt from Puranic Encyclopedia (1921).

Interesting, but the author of Encyclopedia starts the list of Bhagavan Shree Krishna's Marriages from Shreemati Revati-Devi and Bhagavan Shree Balarama Marriage.

The list is of especial interest for those of us, who love to repeat the Mantras of the Princesses of Shree Dwaraka-Dhama. Usually, we repeat 8 Mantras:

Nevertheless, as you can see the Mantra of Shreemati Revati-Devi and Bhagavan Shree Balarama can also be inlcluded in the List (under the Number 9)!!!!

Ekakshi Nariyal – Rare Coconut with only Two Eyes on Top 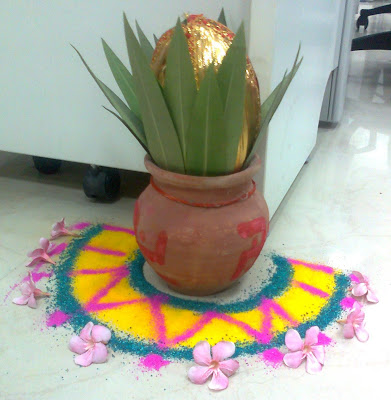 Ekakshi Nariyal is a unique coconut with only two dots or two eyes atop instead of the three dots.

It is believed that Goddess Shreemati Lakshmi-Devi and Bhagavan Shree Vishnu reside in Ekakshi Nariyal.

Such coconut is very rare to find and if found and kept at home is believed to usher in prosperity and peace.

Usually, coconut has three eyes – three black dots on top of it. But sometimes coconuts have only two eyes.

These coconuts are small in size and are known as Ekakshi Nariyal in Hindu tradition. They are wrapped in a red cloth and kept in the puja room or the space used to worship.

They are also offered pujas daily along with the Deities installed at home. 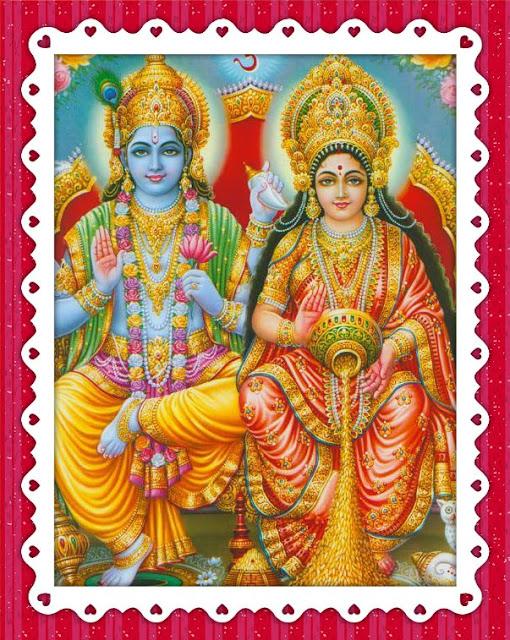 
WORDS FAIL ME!!!!!!!!!!!!! I am very happy, that these 2 weeks will be especially devoted to Shreemati Maha-Lakshmi Devi!

Silly, avidya-impaired karma-kandis usually also follow this Vrata, but they do everything in very wrong way.

Sorrowfully, but they post in Internet the wrong articles, which say, that Ganesh should be worhipped these days too. NO GANESH, of course.

Only Shreemati Maha Lakshmi-Devi and Bhagavan Shree Narayana are worshipped these days by Vaishnavas.

The only very good instruction I have found in the Internet is the following one and the next article will be about the importance of Ekakshi Nariyal!

Lord Surya is said to be worshipped these days also, but I just insist on replacement of Lord Surya by Bhagavan Shree Surya Narayana!!!

How to Perform 16 Days Mahalakshmi Vrata (from hindudevotional)

The 16 days Goddess Lakshmi Vrata is an important ritual performed to obtain peace, prosperity, and get back all the lost materials and wealth. Below are the details of Mahalakshmi Vrata ritual.

After taking a ritual bath in the early morning of Mahalaxmi Vrata day, women tie 16 knotted strings on their left hands.

They sprinkle some water using Durva grass blades on to their body.

The Durva grass blades are kept in water before sprinkling. Only vegetarian food is consumed during the day.

Lord Surya is also worshipped during the day. In North India, Mahalakshmi Vrat Katha is recited during the occasion.

Procedure to be followed for Mahalakshmi Vrata.

1) Take a pot, fill it with water and decorate with betel leaves.

Place a coconut on its top.

2) Adorn the pot with a red cloth and tie a red thread around it.

Draw four lines, which denote the Chatur Vedas, with kumkum (vermillion) on the pot.

A Swastik (an ancient cosmic or religious symbol) is drawn on the pot.

This pot with all the decorations is referred as Kalash or Purna Kumbh and it represents the Universal power (Supreme Deity).

3) Akshata (uncooked rice which is mixed with turmeric) is set aside and a few coins are placed in the water in Kalash.

This Kalash is worshipped as Goddess Mahalaxmi Devi. 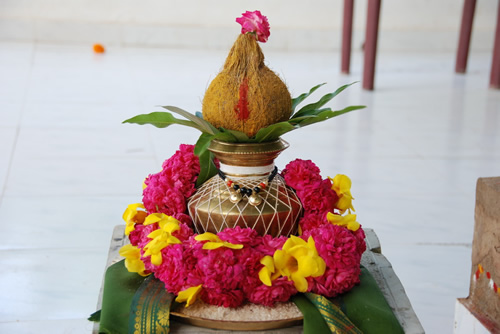 4) Now, as like the usual poojas, lamps are lit and the Lakshmi Gayatri, Lakshmi Ashtottara Satanamavali (108 names of Mahalakshmi), Ashtalaksmi Stotra, Lakshmi Sahasranama Stotra, and Mahalakshmi Ashtakam, are recited during Mahalakshmi Vrata Puja.