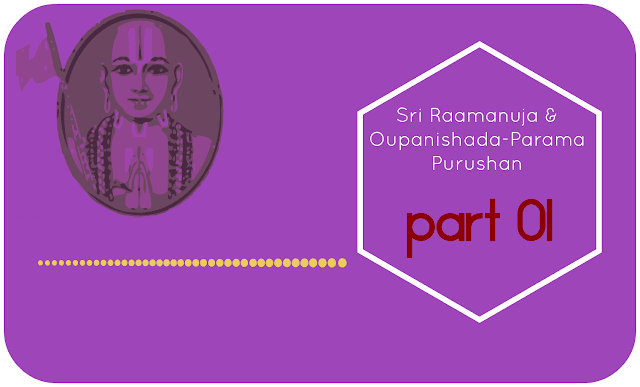 Brilliant Article found by me in "Shree RangaNatha Mahimai" in SADAGOPAN.ORG edition.

I have split in 2 parts: part 01 - preambule, dwelling on Upanishadic Karikas and Pramanas of OM VishnuPad Ramanuja Maha Acharya; part 02 - dwells on our very much adored "Shree MahaNarayana-Upanishada". 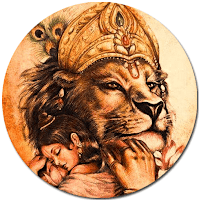 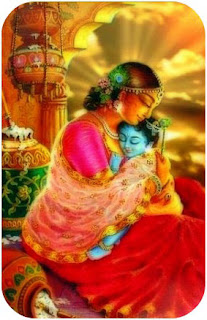 Dhyana and upaya against losses and defeats 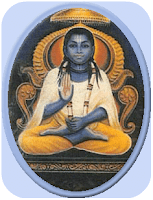 The UpaSamhara (उपसंहार means "epilogue") of "Shreemad-Bhagavatam"'s 63th Chapter (Song X) is very interesting, because it tells that a bhakta meditating on the Battle between Bhagavan Shree Krishna and Shankara will never encounter defeats and losses, to be more accurate, never meet पराजय (parAjaya), which can mean either defeat (in fights) or failure in more extended sense (at business, public speaking and etc):

Translation: "He who rising early at dawn, recalls and contemplates on the story of combat between Bhagavan Shree Krishna and god Shankara and Lord Krishna subsequent final triumph, will never meet any defeat in life".

On The Image: OM VishnuPad Nimbarka Maha Acharya, Who is considered to be The Manifestation of Shree Sudarshana-Chakra - http://guruvesaranam.com/nimbarkacharya.html 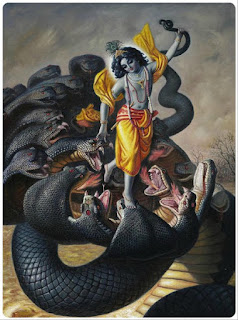 15.45. Why should there be any fear of the serpent of Kali that has very sharp fangs? He will perish on being burned by the fire issuing forth from the wood of the Name of KRISHNA (कृष्ण).

15.55. There shall be no ailment or sin in the mind of that man who never forsakes the wholesome and beneficial Name "KRISHNA, KRISHNA" in Kali Age.

15.63. If, in Kali Age, the tongue does not glorify the good qualities of SHREEKRISHNA (श्रीकृष्ण), let it not exist in the mouth. Let that unchaste one go to the nether worlds. 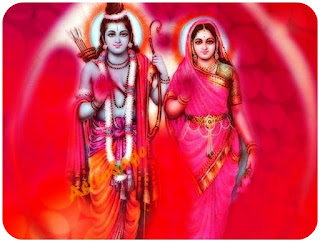 18. Formerly, in the auspicious Treta Yuga, I killed Ravana. At that time the girl Vedavati rendered assistance to Shree (Shreemati Sita-Devi).

19-20. Lakshmi appeared from the land of Janaka in the form of
READ MORE » 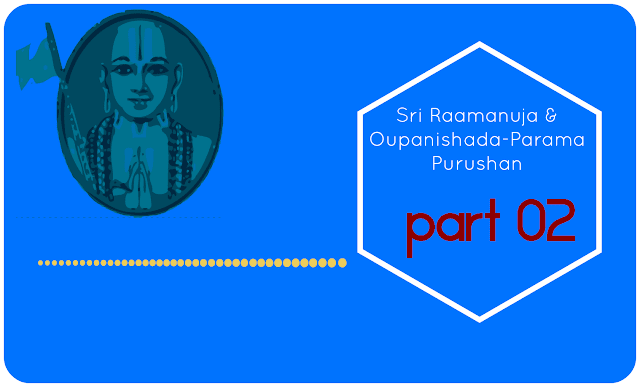 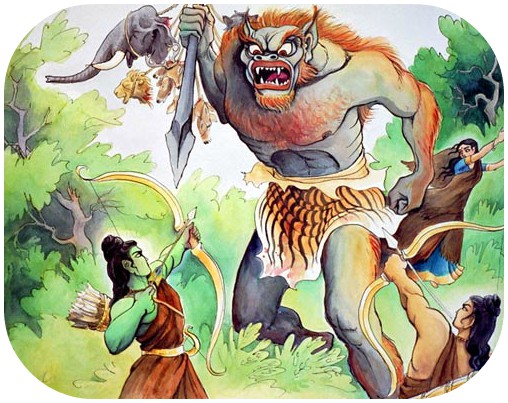 15.56. On hearing a man repeatedly uttering "SHREEKRISHNA (श्रीकृष्ण)" the Lord of the Southern Quarter (Yama) wipes off his sin acquired in the course of hundreds of births. 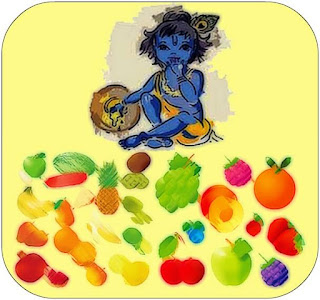 Bhagavan Shree Krishna said:
15.25. My उच्छिष्ट (uchChiShTa - remnants after taking food) should be eaten by those who are devoted to Me. O son, it is sanctifying. It bestows Mukti even on sinners. 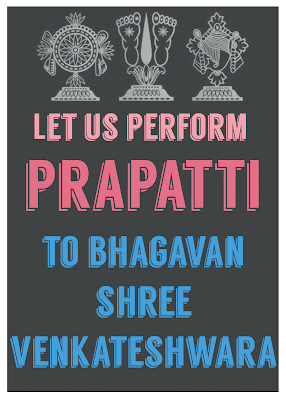 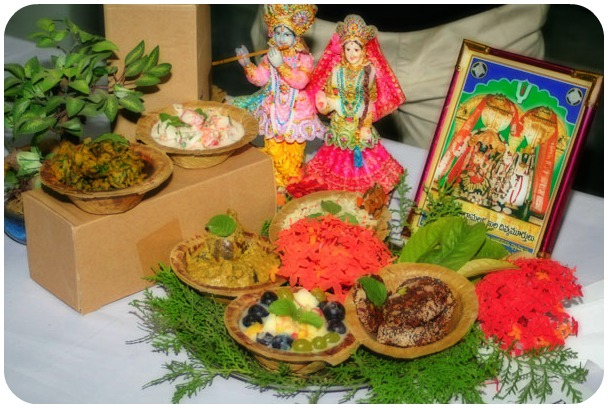 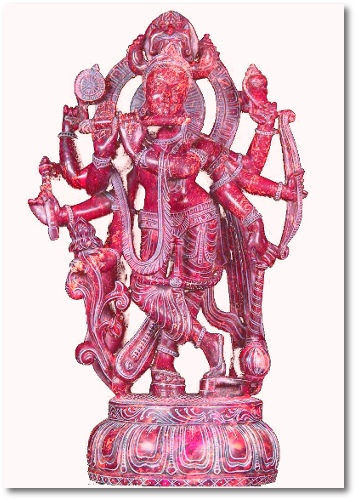 As I have written in my previous post -  from the certain point of "Shree Skanda-Purana" the Siddhanta of Shree Gaudiya-Sampradaya starts to unravel.

For those who are unfamiliar with The Siddhanta of Shree Gaudiya-Sampradaya I will remind Their Main Tenets:
1. The Superiority of Shree Krishna Name.

The Recital of The Name of Bhagavan Shree Krishna and Shree Krishna-Nama-Sankirtana is considered to be the main Sadhana for Kali-Yuga.

So, the great emphasis is laid upon mass singing of
READ MORE »

Not only one Ashtakshara Mantra we should know! 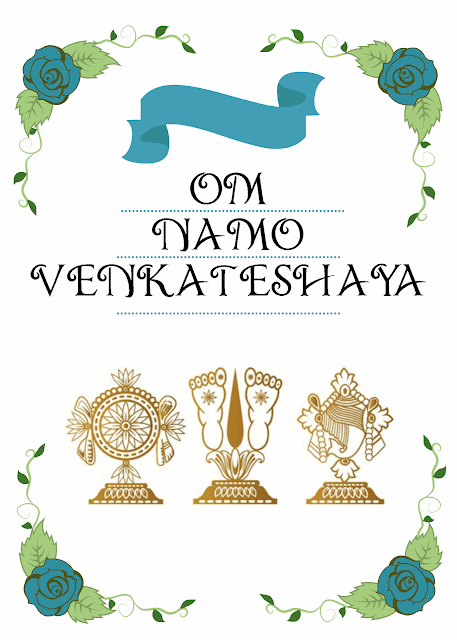 Yes, you can know "Shree Bhashya" by heart and rare Shakti Tantras, forgetting simple, but very dear things to you.

Reading "Shree Skanda-Purana", I have stumbled upon
READ MORE » 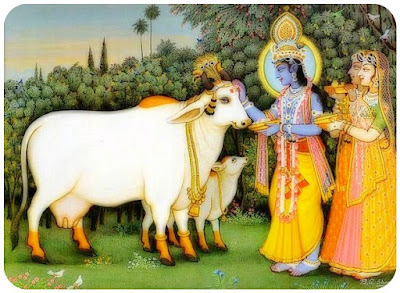 Synopsis in English: This year is a year of mass milk products hysteria in Moscow, because it turned out suddenly that most of the milk products in Moscow supermarkets are fakes made from vegetable fats and palm-oil. So I am writing about the list of reliable products, to which we can trust for being genunine and non-faked ones.