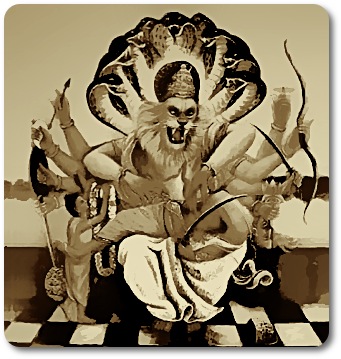 "Annamacharya likens the Samsara to 3 things:

1. a poisonous fruit - Musidi pandu - known for its external charm,

2. a serpent incessantly emitting poison and

3. a razor with its sharp edge smeared with honey.

Men, he says, go to appropriate the poisonous fruit of Samsara lured by its external charm.

Like fools, who lick honey smeared on the sharp edge of the razor and thereby get their tongue bruised, these men fall preys to seemingly pleasant Samsara and thus get themselves entangled in it.

They go to play frolic with this venomous serpent with the least awareness of the consequences. Annamayya expresses his anxiety over man becoming sense-indulgent: 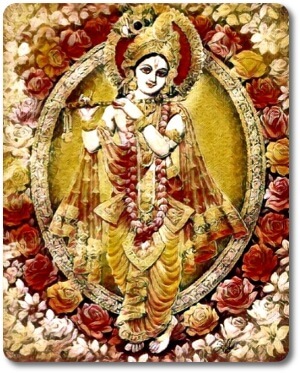 "Hinduism distinguishes 3 approaches towards perfection depending upon the dominance of the intellectual, emotional and volitional aspects of human being.

They are the paths of knowledge (Jnana), devotion (Bhakti) and action (Karma).

The emphasis of Jnana-Marga is on the harmony of intellect and emotion. Its domineering aspect, however, is intellect.

The human sentiments are not given expression to freely by the aspirant, but only done under the ruling guidance of the intellect.

The emphasis of Karma is on volition which expresses itself in the form of action.

But in the path of Bhakti, the domineering element is emotion. A devotee does not quell his sentiments, but retains and gives full expression to them even as a worldly man does.

However, the object on which he casts all his feelings is not finite but infinite. He distinguishes himself from the aspirant adhering to the path of knowledge in that he does not regulate his sentiments.

Again he (bhakta) is different from a worldly man in that he directs all his feelings towards God. He agrees with the first in that God is his ultimate goal.

He shares common characteristic with the second in respect of his retention of the feelings and emotions.

This is his anthropomorphic approach to God, the approach to infinite through finite feeling.

If he wants to quarrel he quarrels with God.

Or if he wants to fondle he fondles God converting the Supreme into a child.

If he wants to love, he loves God as a woman does her beloved. 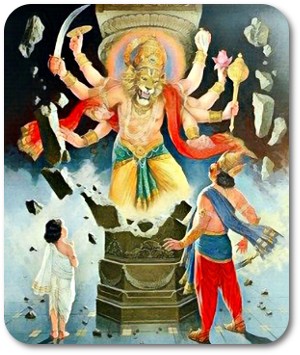 "The falsity of Samsara is also signified by the simile of dream. Further the provisional nature of men's life is described by the analogy of play.

According to Annamayya man's day-to-day life is a drama enacted by Lord Venkateshwara.

The intermediate things happening in between the certainties of birth and death in man's life, viz., his consumption of food, wearing the garments, his seemingly happy moments are "plays" - "Natakamu".

Another comparison Annamayya gives, is that of a fair. The world is a big fair.

The customer, viz., man comes to this fair to buy an article, namely Karma, enjoys a part of it and reserves the main portion of it for the next birth which may be either in the mortal world or in the upper world.

Annamayya bemoans men deludedly thinking of the fair itself to be the source of merriment. "Santakutamule sarasamulaya."

Purandaradasa similarly describes the provisional nature of man's life on the earth when he says: "The real house is there (in Vaikuntham). Our stay here is casual".
Cited from
#"Shri Annamacharya A Philosophical Study"#
by Dr. H.L. Chandrasekhara, p. 84 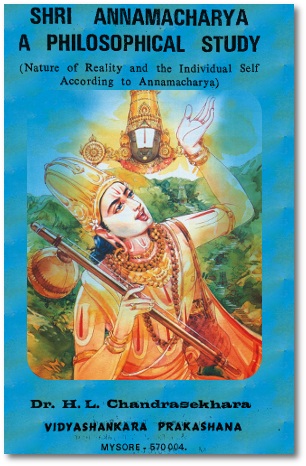 English annotation by Vishnudut1926: I fell in love with this Grantha, it dwells not only on Shree AnnamAcharya's literary heritage, but on the Vishishta-Adwaita/Prapatti/Bhakti as the complex unity! 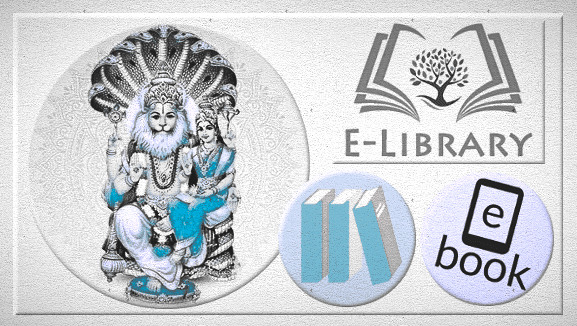 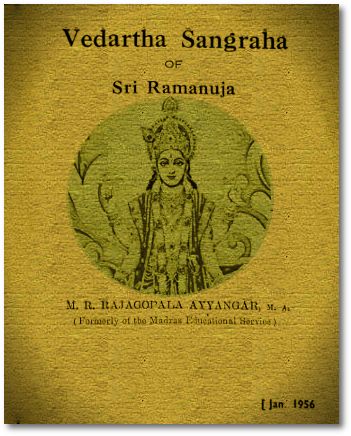 The 1st part of "Shree VedArtha-Sangraha" is anti-mayavadic: it refutes various mayavadis (Shankara, Bhaskara and etc.)

This scan belongs to my E-Library on Cryptpad (E-Library, containing crucial and the most recommended Vaishnava-Granthas), you can visit here - #Cryptpad light E-Library#

Some technical details regarding scan optimization: The scan had been optimized by me in PDF X-Change and I shrank the scan size from 238 MB (megabyts) to 73 MB. No quality is lost, still if you need original  and huge 238 MB scan - you can find on archive.org  - https://archive.org/details/VedarthaSangrahaRamanujaTr.RajaGoplaAyyangar 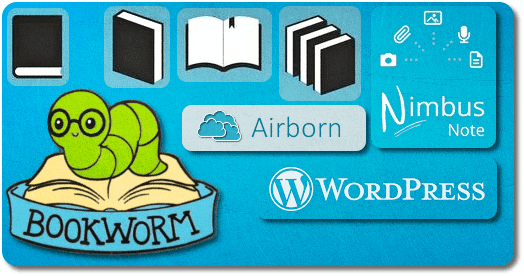 Moscow got totally white these days... 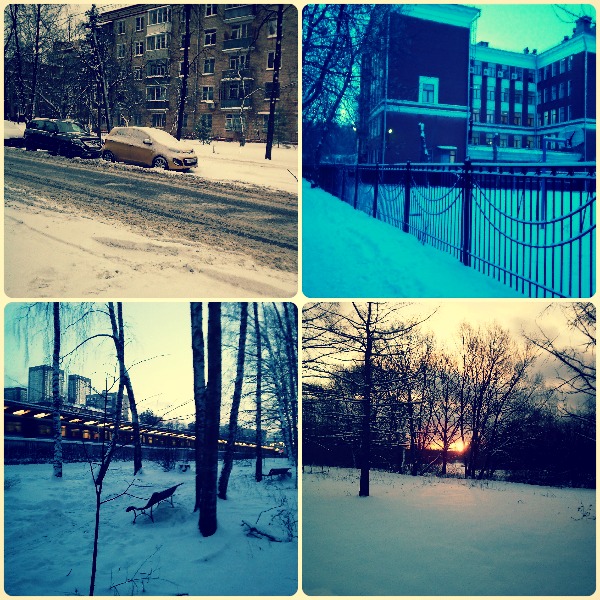 After 3 days of heavy snowing Moscow turned into completely white city! Apart from the photos above you can watch vimeo clip (captured from my flat's window):