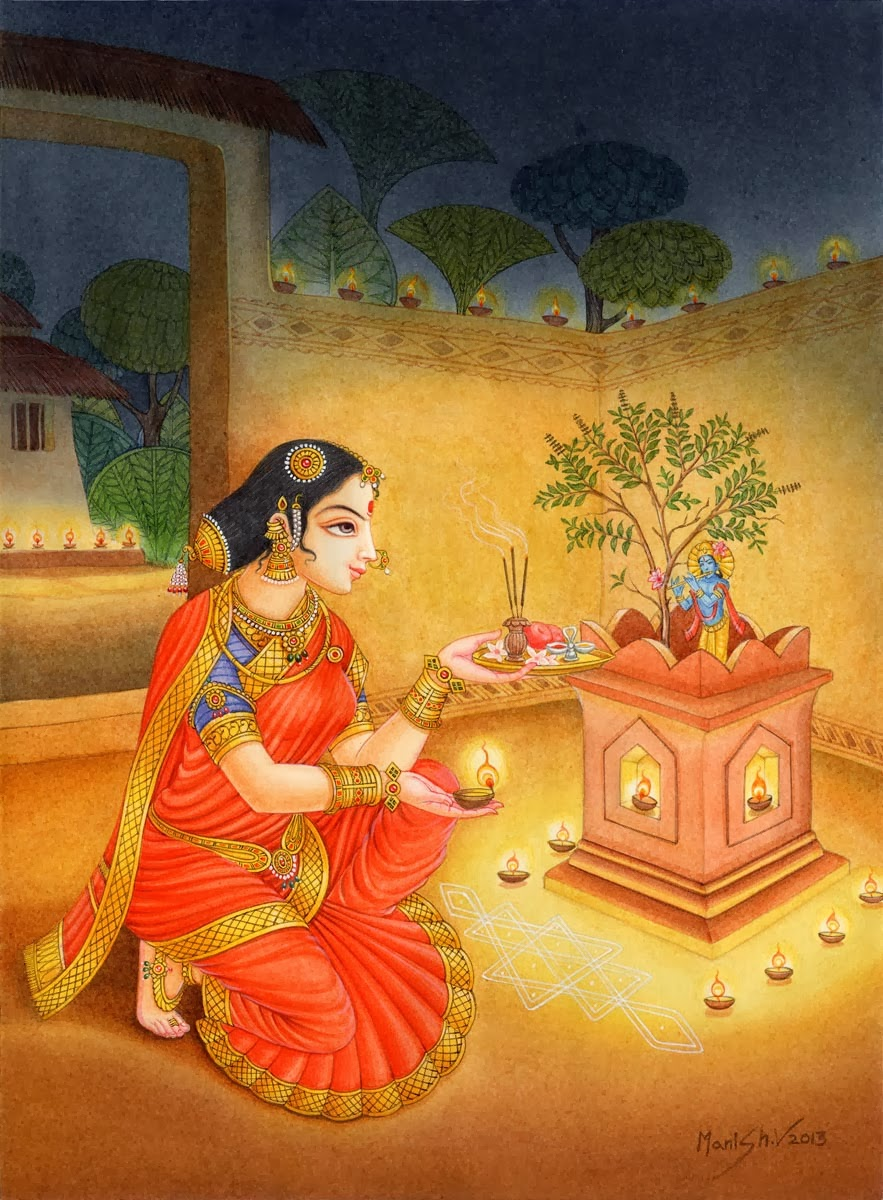 The Chapter about Shreemati Tulasi-Devi from "Shree Skanda-Purana" is adorned with The Poetic Genius of Lord Krishna.

The Verses 3-5 below are something incredible as The Most Beautiful Names of Shreemati MahaLakshmi-Devi are mentioned.

Moreover, "Shree Tulasi-Mahatmya" from "Shree Skanda-Purana" dwells on the correspondence between The Angas of Tulasi Plant and The Names of Shreemati MahaLakshmi-Devi.

(page 1062 in The Volume 18 of 1960 English edition by Motilal Banasirdass, in Sanskrit corresponds to "Shree Skanda-Purana", Book 6, Nagara Khanda, Chapter 249)

249.01. Undoubtedly there can never be poverty in the house of that householder by whom The Excessively Beneficial Tulasi is planted.

249.02. By The Mere Sight of Shreemati Tulasi-Devi a heap of sins gets destroyed.

Shreemati Tulasi-Devi, Very Dear to Bhagavan Shree Hari, originated from the drops of nectar for the sake of Shree (श्री - Shreemati MahaLakshmi-Devi).

A person who eats Tulasi plant never goes to the world of Yama.

Shreemati Tulasi-Devi grants the status of salvation on a person who has Tulasi Leaf in his mouth.

249.08. He who has Tulasi Plant in his hand is rid of the three types of distress.

If Tulasi Plant is in the chest (heart) of living beings, Shreemati Tulasi-Devi grants all desires.

249.09. He who has Tulasi Plant on his shoulders is never touched by sin.

He who has Tulasi Plant round his neck always is a living liberated soul.

249.10. A man who holds (carries with him) a Tulasi Leaf always, shall undoubtedly attain whatever he wishes.

249.11. Shreemati Tulasi-Devi helps Her bhaktas to attain all the objectives and restrains the wicked ones.

A man who waters Tulasi Plant daily never goes to the abode of Yama.

On coming to know that Bhagavan Shree Narayana resides in the water as well as on Ashvattha Tree (आश्वत्थ - Azvattha), Shreemati MahaLakshmi-Devi Resorted to The Plant of Shreemati Tulasi-Devi out of compassion for all living beings.

At the advent of Caturmasya, if Shreemati Tulasi-Devi is resorted to by bhaktas of Bhagavan Shree Vishnu, 1000 of their sins are destroyed into 1000 shatters.
Remembering Lord Govinda always, resorting to A Park of Tulasi Plants, sprinkling Tulasi Plants with milk is rare during Chaturmasya.

If a man worships Tulasi Plant with Bhakti (Faith) and waters Tulasi Plant by filling a basin made round its roots all his/her family is sanctified.

Whether a religious student, or a householder or a forest hermit or an ascetic or all types of Prakrtis (castes and subcastes) if they are engaged in serving Shreemati Tulasi-Devi with Bhakti (Faith), then Bhagavan Shree Hari will ward off their miseries.

So also, Shreemati Kamala-Devi, The MahaIshvari, Who took up The Residence in Tulasi Plants is to be Remembered and Worshipped always.


OCR from the Motilal Banasirdass English edition mentioned above,
text edit (some sentences were rewritten,
The Names of Shreemati MahaLakshmi Devi in Sanskrit had been added)
by Vishnudut1926, Moscow, 07th of September, 2014

New online text-editor, which can be modified in Krishna-Bhakti-Interfaced Text Editor (http://www.typwrittr.com/)

What makes this text editor falling apart from other clones is that you can upload your own backgrounds from image-hosting sites.

www.typwrittr.com
does not have the capacity to store the images, so I store all my backgrounds at
http://minus.com/

Once you are at min.us you will need the image with direct link (usually, the direct link is very easy to recognize as having ".jpeg" or ".png" postfix), see the example below: 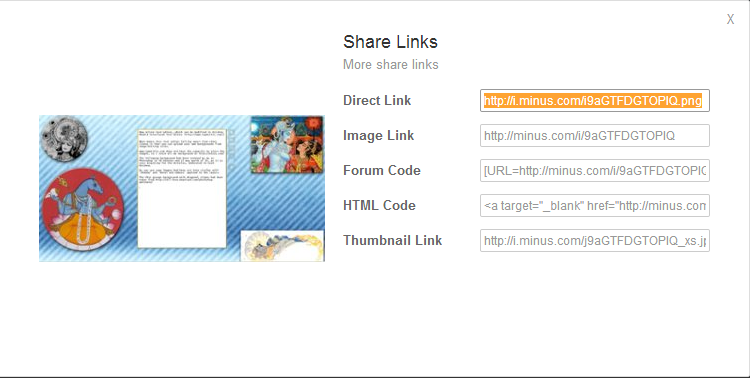 The background picture with Shreemati Lakshmi-Devi, Bhagavan Shree Vishnu, Lord Krishna and Bhagavan Shree Hayagriva along with the blue-striped ambience had been created by me in Photoshop in 10 minutes and it was worth of it, as it is very inspiring for the Articles, dedicated to Lord Krishna.

As you see some Images had been cut into circles with "Shadow" and "Bevel and Emboss" applied to the layers.

The blue grunge background with diagonal stripes had been taken from http://all-free-download.com/photoshop-patterns/

So, as you see this primitive textpad can be transformed in the very inspiring and visually advanced text editor with just one "Background Image" feature and good Photoshop skills.