Half-Animal Body for killing a pashu... 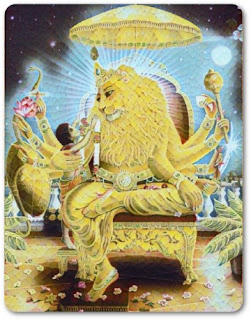 Brilliant explanation of why Bhagavan Shree NaraSimha is Half-a-Lion-and-Half-a-Man from "Shree LakshmiNaraSimha-Panchasat".

Explanation: "It is indeed a matter of wonder that the Lord’s sacred body as Narasimhan does not relate to that of either an animal or a human entirely. We witness this mystery.

The knowledgeable ones say that it is His deliberate act to differentiate between all the objects of His creation and determine which is which and how to relate to them.

PrahlAda’s father exhibited the qualities of an animal (mrgatAm). Hence, the Lord took on a fierce animal face to relate to HiraNyan and to frighten him out of his wits and destroy him (tat tAte mrgatAm udIkshya mrgatAm Anane angIcakAra)". 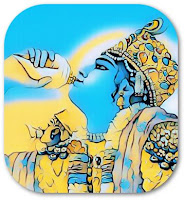 The following Verses of "Shreemad-Bhagavatam" illustrate how Shree Krishna uses even His Conchshell as a Weapon. For fans of idm, industrial and just destruction.

"Shreemad Bhagavatam", 10.59.5: "With the sound of His Conchshell Bhagavan Shree Gadadhara (Shree Krishna) then shattered the magic seals of the fortress, along with the hearts of its brave defenders, and with His heavy Club He demolished the surrounding earthen ramparts"

Tika by OM VishnuPad Vishwanatha Chakravarti Thakur ("Shree Sarartha-Darshini"): "With the Sound of His Conchshell Krishna pierced the mystic armour (yantrani) protecting the hearts of warriors".

"Shreemad Bhagavatam", 10.59.6: "The five-headed demon Mura, who slept at the bottom of the city's moat, awoke and rose up out of the water when he heard the vibration of Lord Krishna's Pancajanya conchshell, a sound as terrifying as the thunder at the end of the cosmic age".

Tika by OM VishnuPad Vishwanatha Chakravarti Thakur ("Shree Sarartha-Darshini"): "The word "ashani" (thunderbolt) compares the sound of Krishna's Conchshell, which woke up the sleeping demon Mura, with the fearful sound of the thunderbolts at the time of universal devastation.

The word "ashani" was also used earlier to describe how the wrestlers at Kamsa's arena saw Krishna as a terrifying thunderbolt: mallana ashanir (10.43.17)".

No fear and Shree LakshmiNaraSimha... 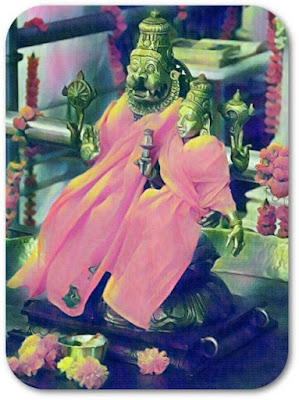 "Shree Brahma-Purana", 55.5: "By devoutly visiting Bhagavan Shree NaraSimha and by bowing to Lord Shree NaraSimha one is liberated from all the sins. There is no doubt in this".

"Shree Brahma-Purana", 55.6: "Those men on the earth who are the bhaktas of Bhagavan Shree NaraSimha, incur no sin at all. The will have all their wishes and dreams fulfilled"

"Shree Brahma-Purana", 55.7: "Hence, by all means one should resort to Bhagavan Shree NaraSimha, since Lord Shree NaraSimha grants kama, artha, dharma and Moksha". 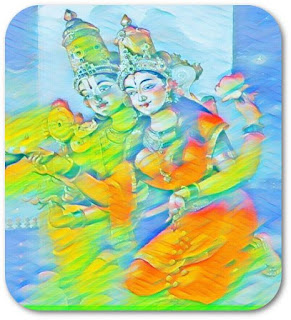 The Shakti-Mantra of this week is The Verse NO. 2.19 from "Shree Lakshmi-Narayana Hridayam":


Translation: "The letters of fate which the creator has written on my head should be changed by You for the sake of attaining good results, ShreeLakshmi, Who resides in the lotus.

Please also grant me Your Signature near that to indicate all good fortune". 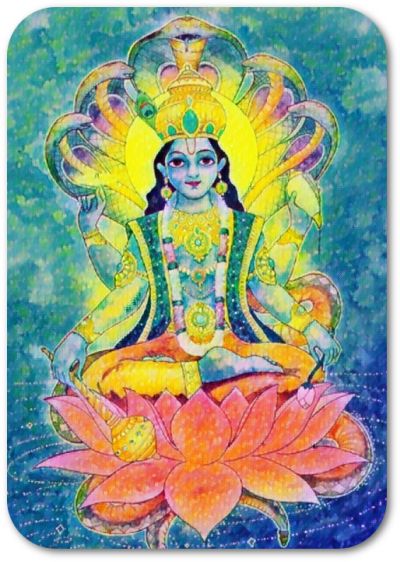 This is Mantra NO. 848 of "Shree Vedanta-Desika-SahasraNam".

Thus Rudhra Bhakthi is the reason for becoming a VishNu Bhakthan".