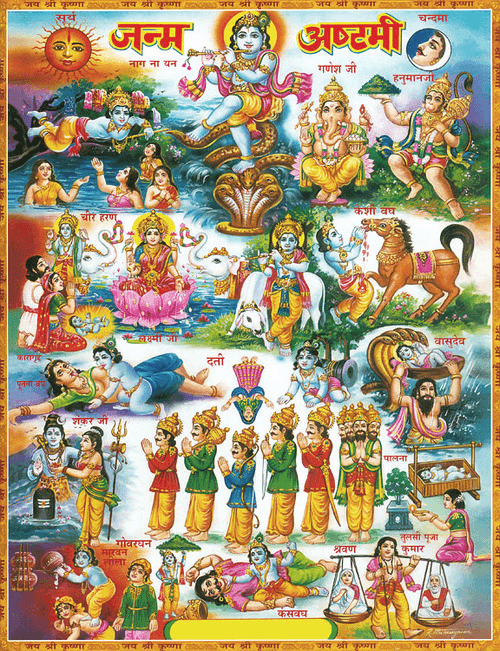 One of the very classic passages of "Shree Narada-Purana" is the Excerpt from The Chapter 11 of The Purva Khanda stating that nobody and nothing can squash, cripple and injure a person devoted to Bhagavan Shree Vishnu.

This passage is interwined with the incredible Story of Shreemati Aditi-Devi, Who was The Only One to be Protected by Shreemati Sudarshana-Devi and to have survived amidst the fire genocide.

The story is truly incredible because of epic, SCI-FI ambience.

Imagine the ocean of fire, gobbling up the asuras and The Exceptionally Beautiful Yogini, Who was so much enthralled by the Dhyana-Yoga, Devoted to Bhagavan Shree Vishnu, that She did not pay attention to the hellish walls of fire devastating everything around.

Allegorically, this Story also means that NO fire of mundane existence can maim a dasi of Bhagavan Shree Vishnu.

The Theme of Shreemati Sudarshana-Devi and Her Protection is worthy of a separate, extended article, I will dwell on this theme in other parts of this rubrique.

It has to be mentioned that Shreemati Sudarshana Devi is Worshipped and Reverred not only by Vaishnava-Sampradayas, but by Shree Vidya Sampradayas as well.

All The Weapons of Bhagavan Shree Vishnu are not pale, lifeless symbols, BUT THE ETERNAL DIVINE PERSONS (NITYA SURIS).

"SHREE NARADA-PURANA", PURVA KHANDA, Chapters 10-11 (LINK TO THE BOOK IN MY LIBRARY)


10.49. When Daityas found that in spite of their speech to Her, Shreemati Aditi-Devi was still absorbed in Meditation on Bhagavan Shree Hari, they were extremely infuriated and wanted to kill Her.

10.50. Due to the fury, their eyes turned red. They roared like clouds at the end of the Kalpa (when the universe is dissolved). By the gnashing of the tips of their curved fangs (in anger), they created ﬁre which burnt down the forest instantaneously.

10.51-52. The forest extended to a hundred yojanas. It was teeming with various kinds of living beings. The very same ﬁre burnt Daityas who had gone there to destroy Shreemati Aditi-Devi.


11.01. You have mentioned, my brother, an extremely miraculous incident. How did that forest ﬁre spare Shreemati Aditi-Devi and burnt all Daityas in a moment?

11.02. Be pleased to tell me in details about the immense inherent strength of Shreemati Aditi-Devi that caused this special surprise. Indeed, prominent sages and good men are always engaged in tendering advice to others.

11.04. Gods Brahma, Hari, Siva and others, Siddhas and prominent leaders of sages - all stay permanently at the residence of a person who is engaged in Devotion to Bhagavan Shree Hari.

11.06. Shreemati Lakshmi-Devi, VishnuPatni, and all the deities stay only there, where a person is engaged in Shiva’s Worship or where one devoted to The Worship of Bhagavan Shree Vishnu, resides.

11.07. Neither a ﬁre nor a tyrant nor a thief can molest any person devoted to Bhagavan Shree Vishnu’s Worship. Nor is he affected by diseases.

11.08. Neither ghosts nor evil spirits nor the kuSmANDa (कुष्माण्ड -  demons), evil planets, nor the goblins that attack children nor Dakinis (witches) nor Raksasas can dare to trouble a worshipper of Acyuta.

11.09. Those Bhutas (ghosts), Vetalas (vampires) and others, who take delight in afllicting others, take to ﬂight from the residence of an excellent devotee engaged in the worship of Bhagavan Shree Hari and Shreemati Lakshmi-Devi.

11.10. All the Tirthas and Deities stay there only, where a person who has subdued his sense-organs, or one who is a benefactor unto all, or one who is devoted to Dharma and Holy Rites, stays.

11.11. All fortunes and blessings are found at that place only where yogins stay even for a moment or a half. That spot is a holy place and that is a real penance-grove.

11.12. All troubles disappear at the mere utterance of Bhagavan Shree Hari’s Names. What need be said of those who propitiate Bhagavan Shree Vishnu through Eulogies (Stotras, Ashtakas), Worship (Bhakti) or through Meditation (Dhyana)?

11.13. O Brahmana, in this way, the whole forest along with asuras was consumed by the ﬁre. But Shreemati Aditi-Devi was not even scorched, since She was protected by the The Sudarshana-Chakra of Bhagavan Shree Vishnu. 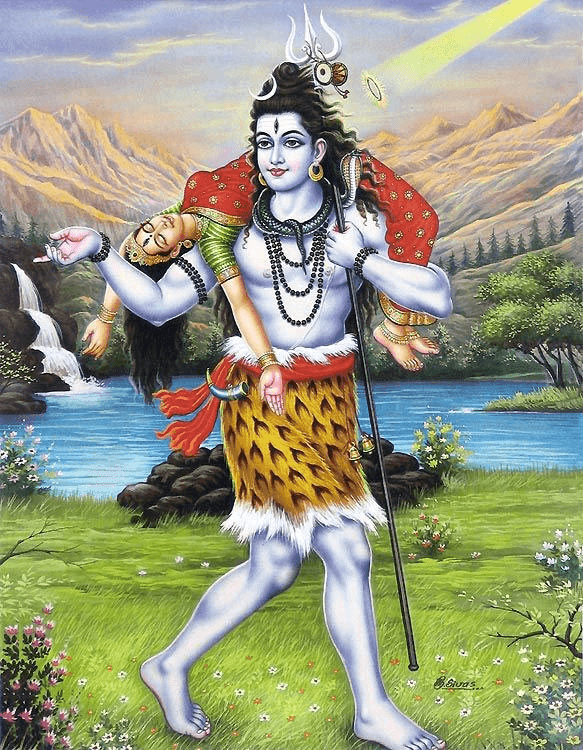 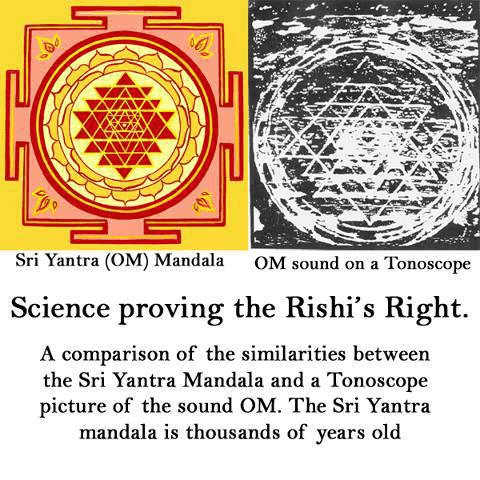