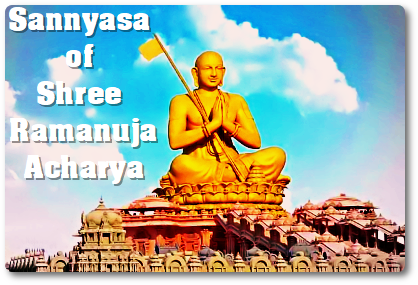 Answer by Vishnudut1926: "Yes, these stories are true. Shree Ramanuja-Acharya had been initiated into sannyasa by Bhagavan Shree VaradaRaja personally.

Translation: "Then Shree RamanujAcharya, the chief among the ascetics, held the triple staff, had the tuft, sacred thread and saffron-robe and muttered the best Mantra (MulaMantra). Hence Shree RamanujAcharya became well-known (shone) like the brilliant in the Vaishnava-Varnashrama".

You can find a Sanskrit-English pdf-scan of "Shree YatiRaja-Vaibhava" in my E-Library, it is very recommended in case you are interested in the official biography of Shree RamanujAcharya - http://vishnudut1926.blogspot.com/2018/01/yatiraja-vaibhava-of-andhrapurna-vatuka.html 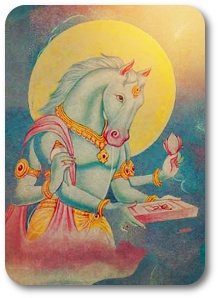 Question: "Thank you for the reply! So, Bhagavan Shree VaradaRaja and Shree RamanujAcharya set the standard of tridandi-sannyasa for Shree Ramanuja-Sampradaya?".

Shankara-advaitins follow to the 10-folded ekadandi-sannyasa based on 10 distinctions among sannyasis (aranya, ashrama, bharati, tirtha and etc.).

And, as I have mentioned above, Shree Ramanuja-Sampradaya follows to the tridandi-sannyasa system". 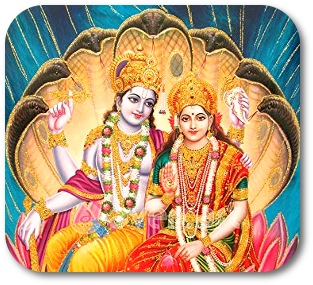 Besides, Yadava Prakasha (upon being converted from mayavada to Vaishnavism by Shree Ramanujacharya) had compiled "Shree Yati-Dharma-Samuccaya" - the manual for tridandi-sannyasis within Shree Ramanuja-Sampradaya.

The point is that all kinds of sannyasa cause the Anugraha of Shreemati MahaLakshmi-Devi, see "Shree Lakshmi-Tantra", 15.16-23 for better understanding of this Siddhanta". 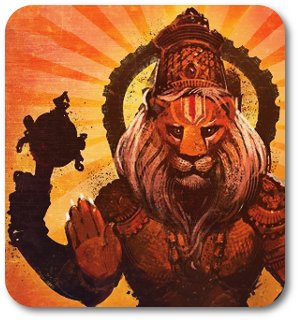 Question: "Got you! I have heard from smarta-brahmins, mayavadis, advaitins and etc., that only ekadandi-sannyasa is the highest system, while tridandi-sannyasa belongs to an inferior type, it is for lower types of sannyasis and etc. Could you please comment?"

"Sannyasi should not be fooled and deluded by Varnashrama and its distinctions (including the distinctions between orders of sannyasis)".

"Every Shree Vaishnava (Narayana-prapanna) is actually ParamaHamsa (that is the highest type of sannyasi)".

"Don't seek doshas in My ekanta-bhaktas, because all of them are sadhus".

"All Vaishnavas are pure like sphatika (crystal), because Bhagavan Shree Vishnu refuses to live in hearts contaminated by malice and various doshas".

"All judgments, based on prakritika designations, must be abandoned - this is the true Jnana and the genuine Yoga".

What smartas, mayavadis and etc. say about the inferiority of tridandi-sannyasa is actually a typical asuric mentality. At first they declare tridandi-sannyasa inferior, then Vaishnavas inferior too, then Bhagavan Shree Vishnu of, excuse me, inferior quality too.

These offensive rants of smartas/mayavadis contradict to their own Sannyasa-Upanishads and Jnana-Upanishads, because all these Upanishads proclaim sama-darshana and sama-drishti, that is equal vision in everything.

"Ekadanda-sannyasa, based on external, prakritik designations and comparisons just leads to hells. External ekadanda-sannyasa must be abandoned for the sake of Jnana-Danda-Sannyasa and true Advaita vision".

Unfortunately, it is often impossible to sober up mayavadis, because their root problem lies not only in their inability to understand their own Jnana-Sannyasa-Shastras, but in their asuric hostility to Bhagavan Shree Vishnu and Vaishnavas". 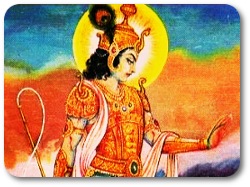 Question: "So, a "haters gonna hate" and "to hell with them" approach must be resorted to?"

Answer by Vishnudut1926: "Not always and not in all cases. In Kali-Yuga people sometimes fall preys to various mayavada Shastras, because all mayavadika Shastras are of mohana, deluding character.

If you feel, that a person is not an aggressive trollface or an explicit asura, you can try to turn him/her to the simplified Vaishnava Siddhanta with the help of ABCs Pramanas for the beginners, "back to basics", so to say.

So, you can recommend to any mayavadika person to study this Chapter, emphasizing the fact, that Shree Krishna-Avatara speaks about sannyasa and tyaga in the very first verses in order to refute tyaga/sannyasa ideas with Bhakti/Sharanagati ideas in the concluding verses (भक्त्या मामभिजानाति - bhaktyA mAmabhijAnAti as Shree Krishna-Avatara says in 18.55 and further verses).

Please also keep in mind, that you should not preach Rahasya Ramanuja-Siddhanta (Prapatti and etc.) to common people, but you can preach simplified Bhakti-Yoga - it won't make harm.

If this approach does not work, then, yes - "over and out" and "no talking to a brick wall/trollface" attitude, because "haters gonna hate". A brilliant Subhashita in Sanskrit exist, it sounds like this:

"When you try to feed a snake with milk, you actually just feed its ugly body and its poisoned fangs. The same applies to the wicked people: they just transform good things into swelling poison and ugliness".

So, never try to nurture a viper in your bosom and never try to transform Kali-Yuga people - most of Shree Ramanuja-Vaishnava-Siddhanta must be kept secret as Rahasya, especially in Kali-Yuga! 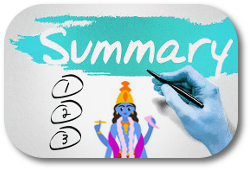 3. Tridandi-sannyasa is NOT of inferior type, because:

A) It is offensive to judge Vaishnavas by prakritik designations,
B) Jnana and Sannyasa-Upanishads tell about sama-drishti and
C) Bhagavan Shree Narayana considers all Shree Vaishnavas to be sadhus and paramahamsas - Shree Yamaraja dwells on this Siddhanta in "Shree Vishnu-Purana", Amsha 03, Avyaya 07. 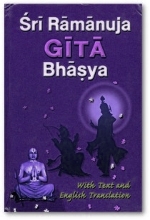 You can find the excellent pdf-scan of Shree RamanujAcharya's "Shree Bhagavad-Gita" in my E-Library - http://vishnudut1926.blogspot.com/2018/02/sri-ramanuja-gita-bhasya-devanagari-and.html