The Effulgence of Bhagavan Shree Vishnu and 3 Brahma-related Pramanas in one Tika... 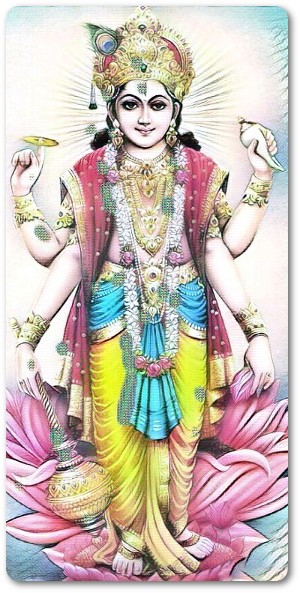 An excerpt from the extended Tika by Shree Parashara Bhatta (this Tika is entirely devoted to Shree Vaikuntha):

"Bhagavan is called "Kshetrajnah" because He knows the extremely suitable place for conferring on the Released Souls.

The suffix "KA" is added to the root "JNA" (to know) in the word "Kshetrajnah "according to the grammatical rule which says:

"The suffix "KA" is added to a root which ends in "AA" (like jnaa), when it is not preceded by a preposition and the final "AA" of the root is dropped".

The Parama-Vyoma, that is Shree Vaikuntha is referred to here as "Kshetra" (field) because It is the place which yields the crop of Bliss in plenty.

Or "Kshetra" may mean the body of Bhagavan Itself possessed of a similar quality. The Vedic Mantra proclaims:

"Brahman has Akasha (i.e. Vaikuntha) as Its Body".

In Narayaniya (Mahabharata) the goal of attainment by the Mukta, i.e. Paramatma, is specified as the Kshetrajna in the following Sloka:

"Oh Brahma! The goal of attainment for the Muktas is specified as the Kshetrajna".

In the Brahma Purana much is said about Sri Vaikuntha, it begins with these words:

"That is called "Parama-Vyoma" (i.e. Supreme Akasa or Sri Vaikuntha) about which it is said that there is nothing in it (like those that are seen in this world)".

The reputed Brahma Samhita narrates the serial order of the Tattvas and says:

''Parama Purusha resides in the heart-lotus and He is Multi-Faced. He is Omniscient, All-Pervading, and is Himself all things.

He stands enveloping all things. The Pure and Subtle Akasa (Sri Vaikuntha) shines with His Effulgence. That Transcendent world (Paramapada) is like pure crystal and replete with joy.

Those who have realised the Tattvas (rishis) attain this world and are freed from the touch of things both auspicious and inauspicious (i.e. punya and papa).

They are of the size of a trasarenu (i.e. a particle of dust composed of three atoms) and are adorned by millions of rays.

Neither do they take birth in this world nor do they die."

Cited from
"SRI VISHNU SAHASRANAMA WITH THE BHASHYA
OF SRI PARASARA BHATTAR" [Sanskrit-English]
translated by prof. A. Srinivasa Raghavan
#LINK TO E-BOOK#

I find my sole joy as a shesha of Vasudeva... 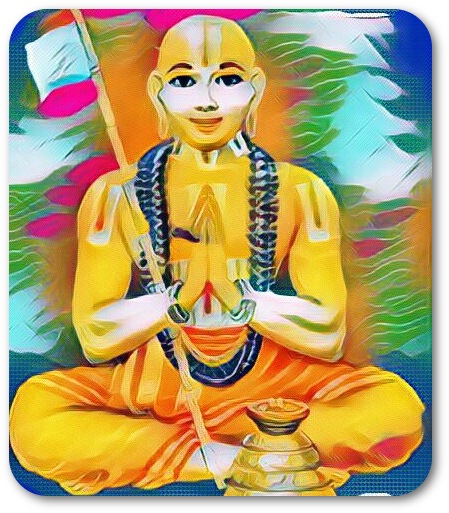 THE 7-TH CHAPTER OF "SHREE BHAGAVAD-GITA" IS PURELY PANCHARATRIKA WITH ALLUSIONS TO VASUDEVA, IN THE VERSE 7.19 OM VISHNUPAD SHREE RAMANUJACHARYA EXPLAINS "VASUDEVAH SARVAM" AND "VASUDEVA-SHESHA" SIDDHANTAS (ALONG WITH PRAPATTI-SIDDHANTA, OF COURSE!):

Translation: "At the end of many births, the man of knowledge finds refuge in Me, realising that 'Vasudeva is all'. It is very hard to find such a great-souled person".

Tika by OM VishnuPad Shree RamanujAcharya: "Further after passing through innumerable auspicious births, one gets the knowledge:

"I find my sole joy as a shesha of Vasudeva. I find my essence, existence and activities to be dependent on Him. He is superior over all others on account of His innumerable auspicious attributes".

Consequent to this knowledge he resorts to Me (Vasudeva), i.e., meditates on Me, realising:

"Vasudeva Alone is my highest end and also the means for attaining it, and whatever other desire remains in the mind, He alone is all that too for me".

Such a great-souled person, i.e., great-minded man is hard to find. It is very hard to find such persons in this world.

This is the only meaning of the statement that "Vasudeva is all", because of the topic having been begun with the statements:

It is so, also because that jnanin whose traits are given here, possesses the same qualities as the man of knowledge described earlier.

For, it has been said that the two Prakrtis, the animate and the inanimate, have their sole essence in being the Shesha (dependants) of the Supreme Person in the verses beginning with:

"Ego-sense, thus My Prakriti is divided eightfold. This is my lower (Prakriti), but know that which is other than this (lower nature) and forms the life-principle to be the higher Prakriti". ("Shree Bhagavad-Gita", 7.4-5)

Then take the text beginning from:

"I am the Origin and Dissolution of the whole universe. There is nothing higher than Myself, O Arjuna!" ("Shree Bhagavad-Gita", 7.6-7)

"Know that all the states of Sattva, Rajas and Tamas are from Me Alone. But I am not in them. They are in Me". ("Shree Bhagavad-Gita", 7.12)

It has been declared in the above-mentioned Verses that the two Prakritis, both in their states of cause and effect, depend upon Vasudeva for their essence, existence and activities and that the Supreme Person is Superior to everything in all respects.

Therefore the knower of this truth alone is here spoken of as a man of knowledge or as one knowing "All this is Vasudeva".
Cited from
"SRI RAMANUJA GITA BHASYA"
Devanagari and English Rendering -
translation by Swami Adidevananda
#LINK TO E-BOOK# 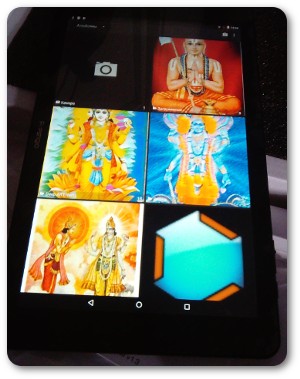