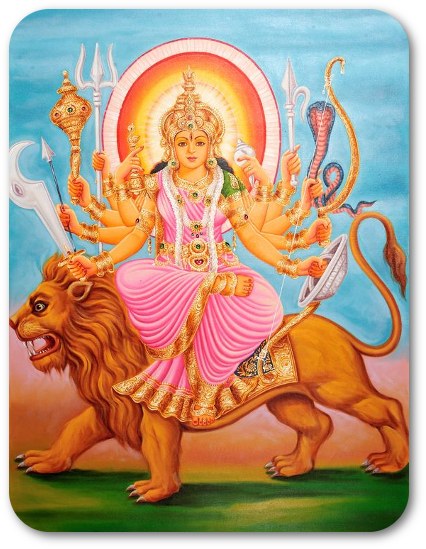 AbhinavaGupta is famous for simple, but very powerful examples, which you will remember for all your life. 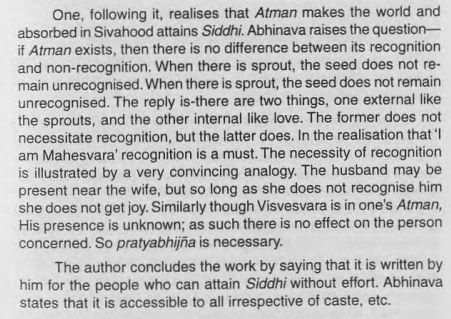 THE SAME IN TXT:

One, following it, realises that Atman makes the world and absorbed in Sivahood attains Siddhi.

The reply is - there are two things, one external like the sprouts, and the other internal like love. The former does not necessitate recognition, but the latter does.

Similarly though Visvesvara is in one's Atman, His presence is unknown; as such there is no effect on the person concerned. So pratyabhijna is necessary.

The author concludes the work by saying that it is written by him for the people who can attain Siddhi without effort. Abhinava states that it is accessible to all irrespective of caste, etc.