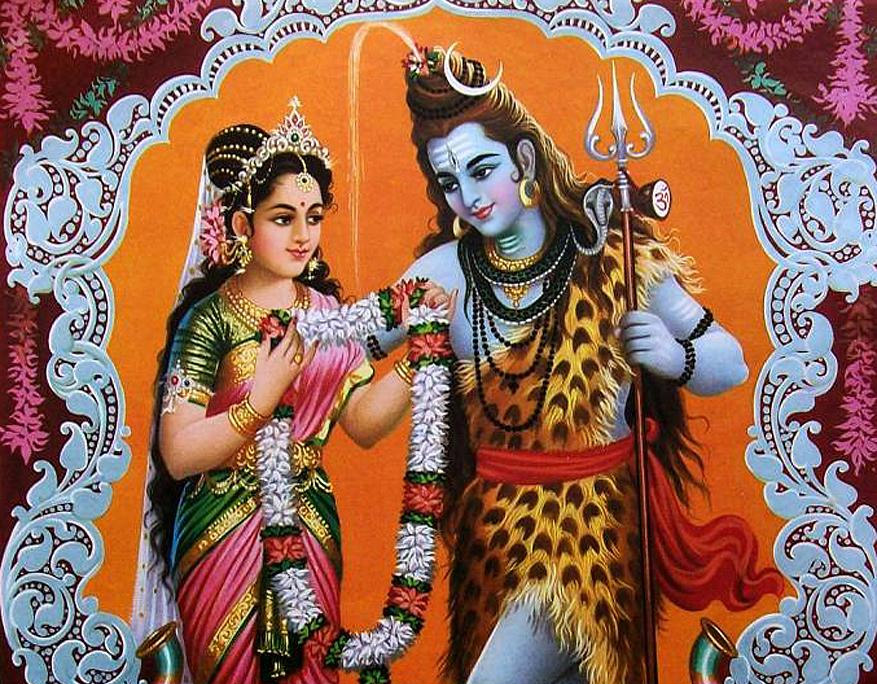 Artha: The Beloved of Shiva
Who is Entirely
Devoted to Her.

Shakti is the power of manifestation.

It is in Her company that Shiva shunned His begging bowl. He came to be recognized among the devotees only after taking the auspicious hand of Parvati.

Till then Shambhu remained unknown.

This is expressed by a devotee:

“O Daughter of the King Mountain! Who knew Shambhu prior to His taking your auspicious hand?”.

What Lion of Shreemati Durga-Devi means? 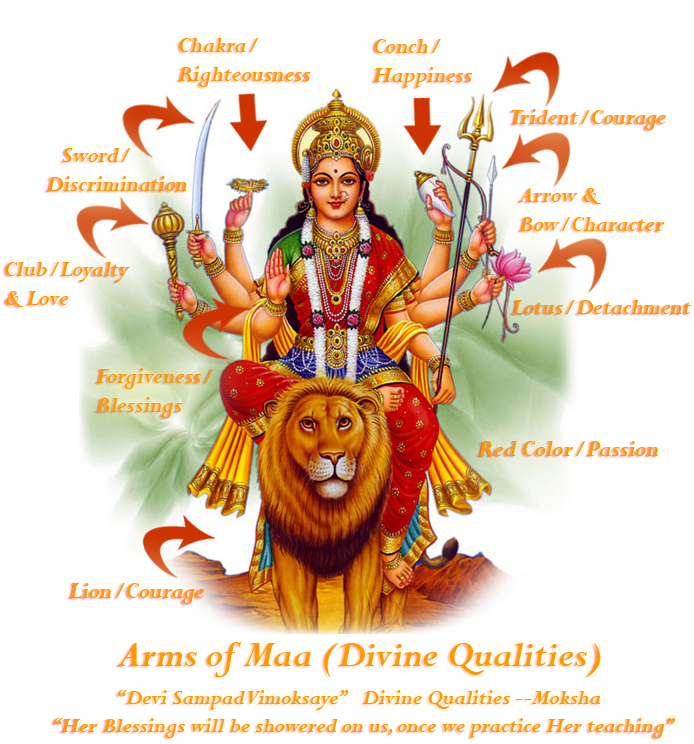 I have found This Image today, while searching for The Images of Shreemati Parvati-Devi. 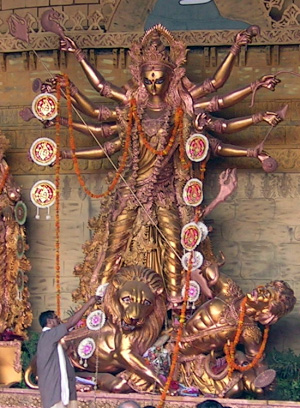 The very interesting part of Tika is the gloss on "Loka" (लोक) word which stems from moola "lok" and means "to obtain".


Translation: "Asurya is the name of the lokas
READ MORE »

"Ishopanishad" with a new commentary by The Kaula Acharya Satyananda, Ganesh and Co, 1958 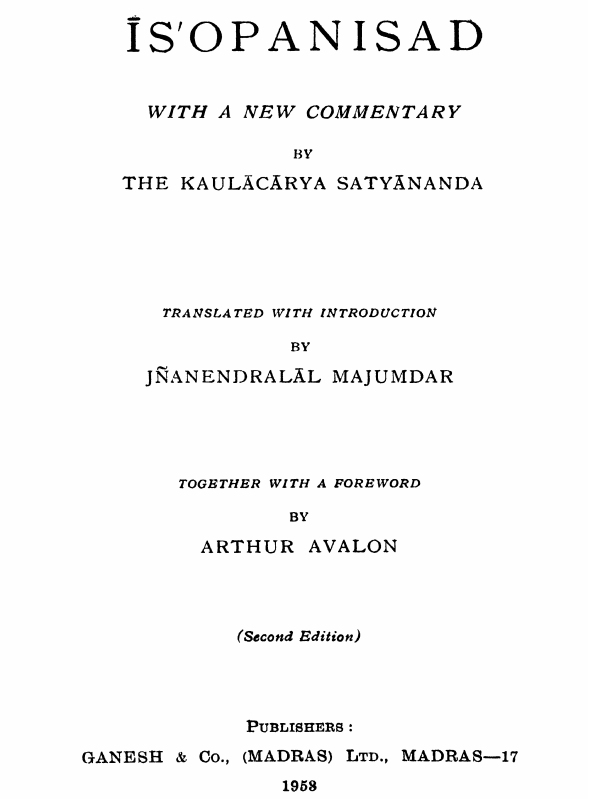 
I haven't read this edition, because I have a lot of Bhakti-Granthas to enjoy this spring and summer. I have looked only through Verse 03, which is my favourite and which tells about asuras falling into eternal tamasik worlds, I will cite the Tika in the next post - http://vishnudut1926.blogspot.ru/2015/05/shree-ishopanishad-mantra-03-with-tika.html 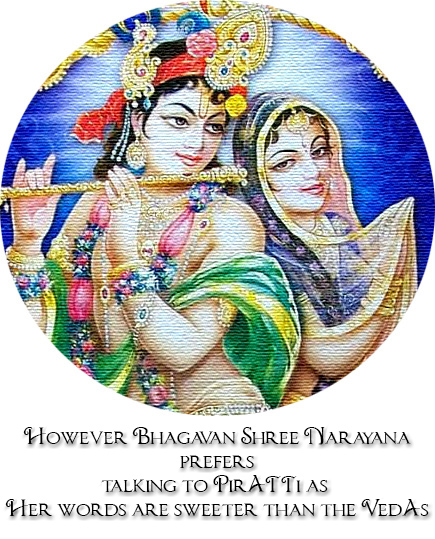 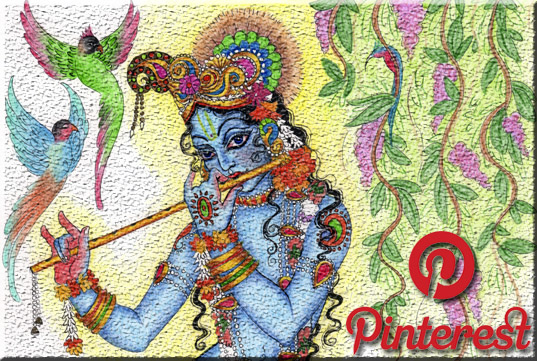 This is one of the best Pinterest with The Images of Shreemati Radharani-Devi and Bhagavan Shree Krishna - https://www.pinterest.com/kanchanvyas/natkhat-gopal/

Be ready for at least an hour of scrolling, as the pin is very extensive.

I am listing this pin during my tea and sweets (pink marshmellows) eating. Yes, I know, pure Krishna-Hedonism. HAHAHAHAHAHAHAHA!!!!!!!!! 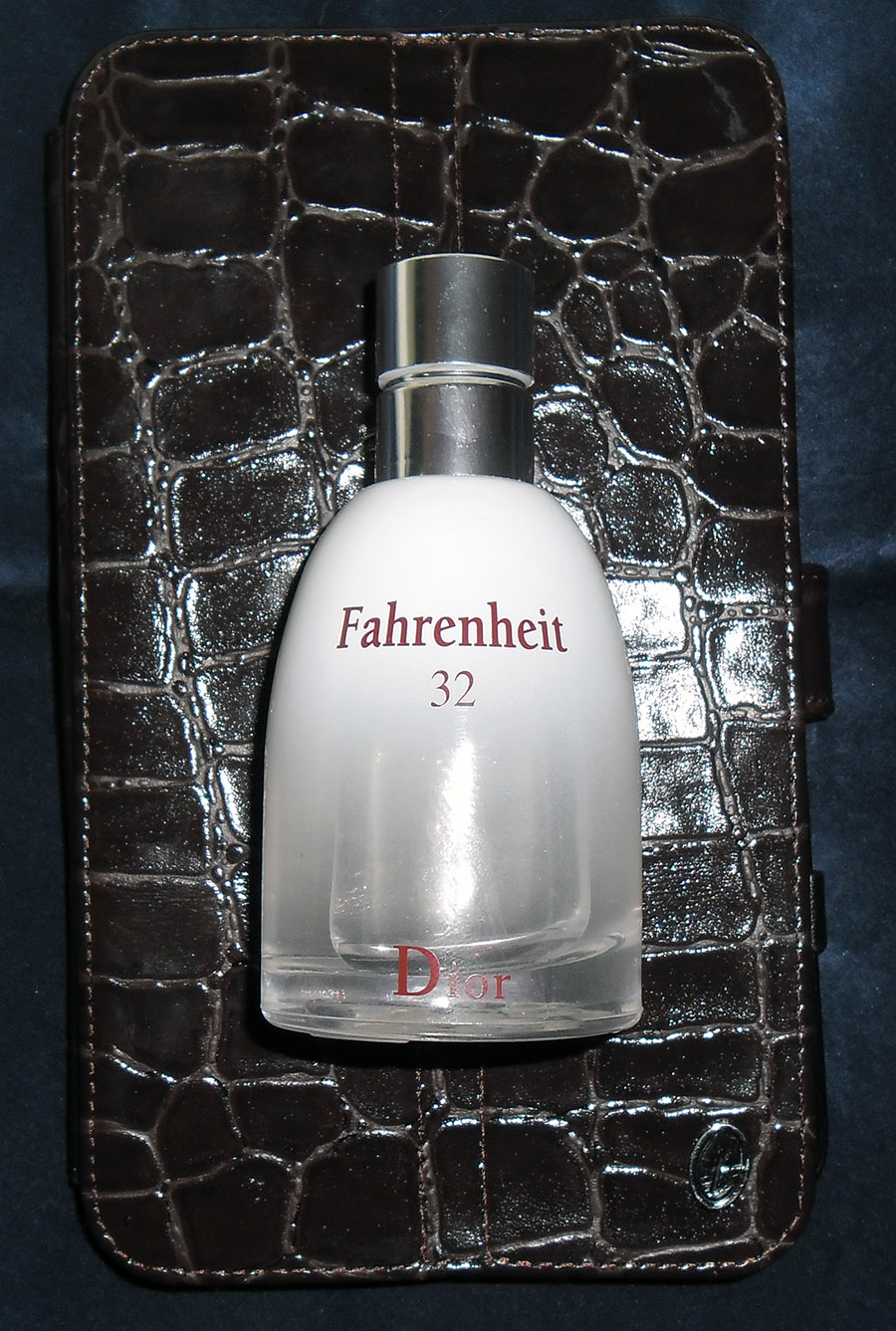 Synopsis: Boasting about my new Dior fragrance and yelling about my hate for Kali-Yuga pashus. 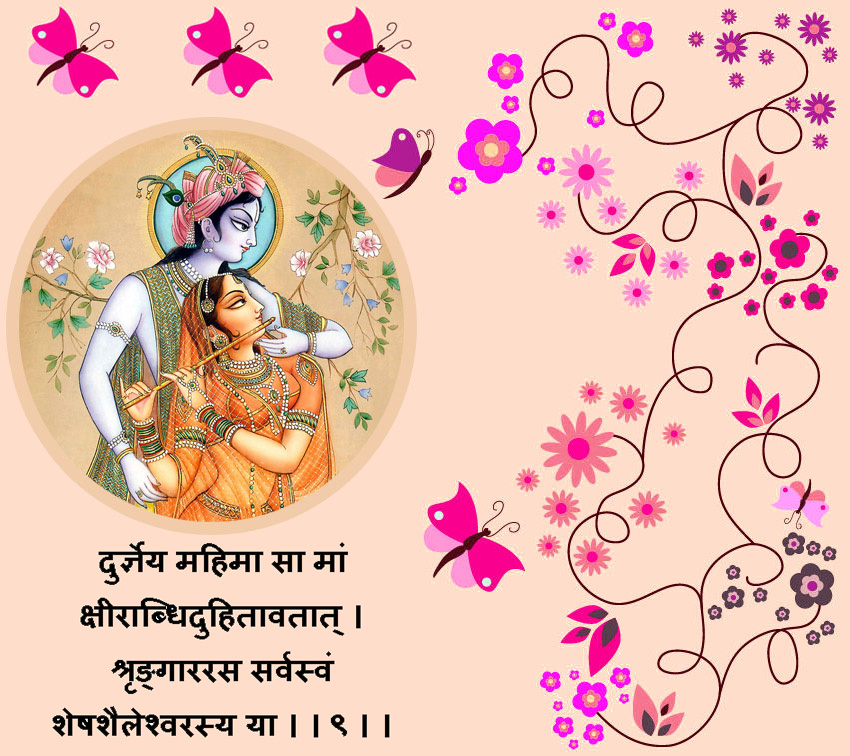 Translation: Let Lakshmi, the daughter of the Ocean, who offers all the rasAs of SrungAra to SeshAdrinAthan and who has infinite
READ MORE »

From now on my blog will be more on Sanskrit Bhakti-Vaishnava-Sahitya.

It's more than gorgeous, that current technology allows us to publish posts in Devanagari-Unicode, so most of the posts will look like Sanskrit Verse with Vaishnava-Acharyas' Tikas.

I have also re-designed blog drastically in April 2015, now the design is more user-friendly.

The concept behind the Art has been changed also, I will design more pictures with attractive fonts in Photoshop.

The idea of the blog remains the same: my blog is Shakti-Vaishnava blog primarily in my native and much, much, much ADORED Shree MahaLakshmi-Sampradaya Line (that is Shree Ramanuja Maha Acharya Sampradaya Line).

The Joyful Side of Bhakti and Shree Krishna-Agamas 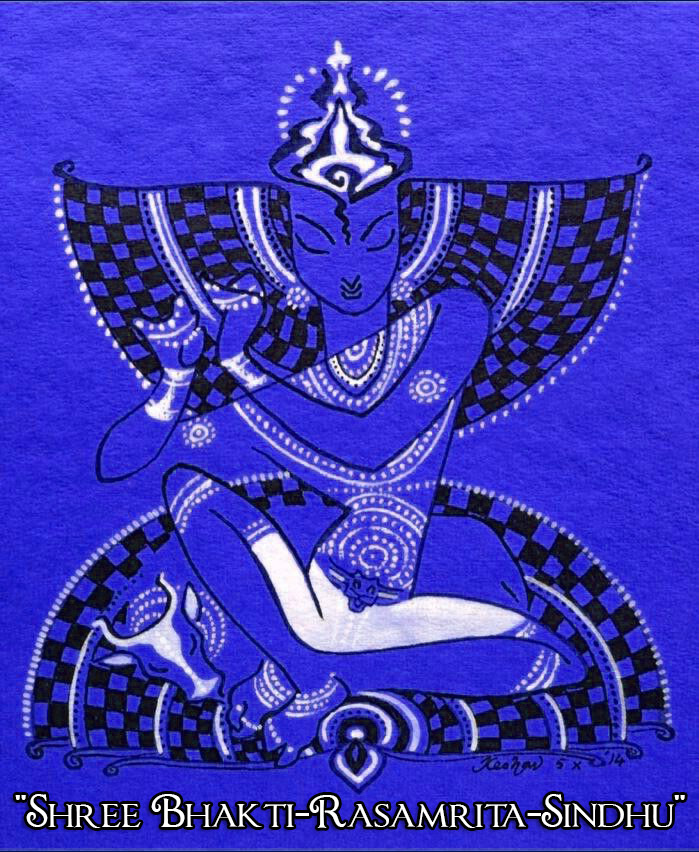 This post belongs to the series of posts, dedicated to "Shree Bhakti-Rasamrita-Sindhu", see the list here - http://vishnudut1926.blogspot.ru/2015/05/selected-verses-from-shree-bhakti.html

Now to the joyful feature of Bhakti. All Krishna-Agamas Sing, that Shree Krishna-Bhakti grants to bhakta a lot of benefits (actually, all the bhaktas of Bhagavan Shree Krishna are future Gopis, so no wonder, that Lord Gopala grants a lot of precious gifts to His Beloved Girls, please refer to this post about my personal life with Lord Krishna - http://vishnudut1926.blogspot.ru/2015/04/bhakti-sadhana-always-bring-wealth-joy.html). 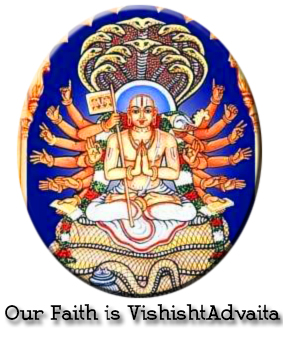 This Verse from "Shree Ramanuja-Champu" has the Main Tenets of Our Siddhanta. 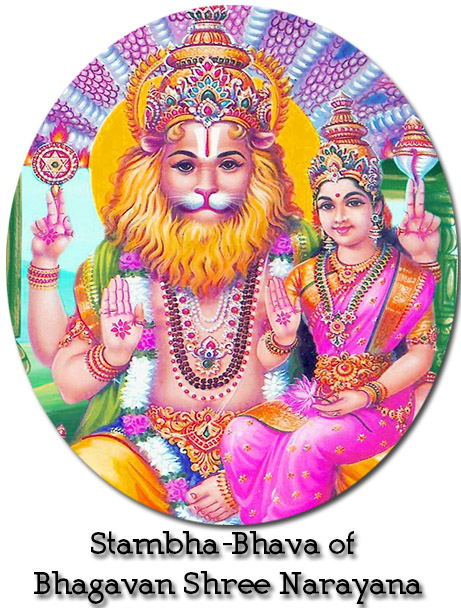 Narasimha-Leela confirms the Supremacy of Shreemati MahaLakshmi-Devi, as SHE was THE ONE, Who could pacify Bhagavan Shree Narayana.

This Verse is One of The Most Amazing Verses in all Bhakti Sahitya.

Six qualities of Uttama-Bhakti, Bhakti is the destroyer of all afflictions and ills of life 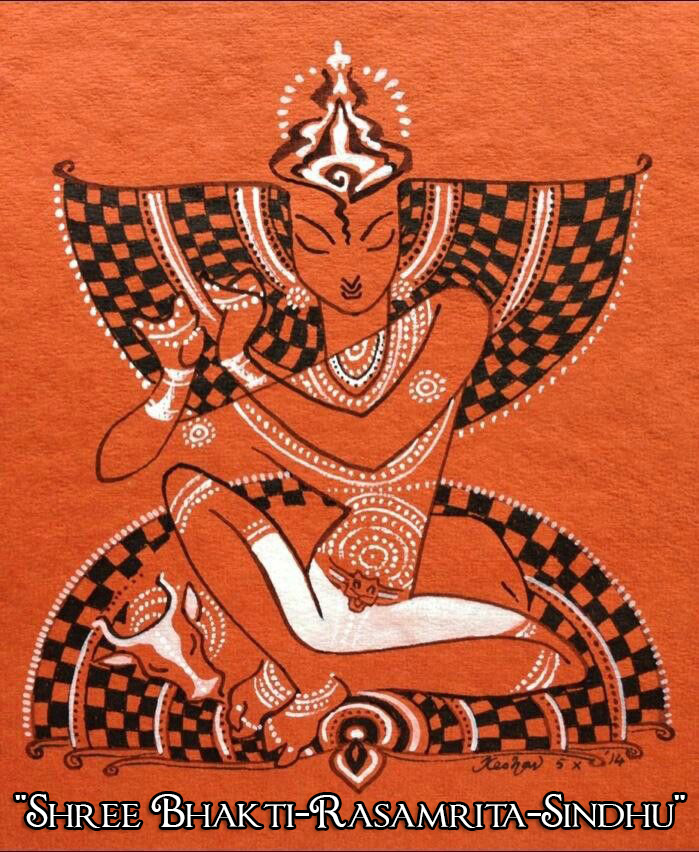 This post belongs to the series of posts, dedicated to "Shree Bhakti-Rasamrita-Sindhu", see the list here - http://vishnudut1926.blogspot.ru/2015/05/selected-verses-from-shree-bhakti.html

From this post on I will publish the selected Verses from "Shree Bhakti-Rasamrita-Sindhu" with OM VishnuPad Bon Maharaj Tikas.

3. Shree Krishna-Karshini (how to become an attractor for Bhagavan Shree Krishna) - http://vishnudut1926.blogspot.ru/2015/05/shree-krishna-karshini-how-to-become.html