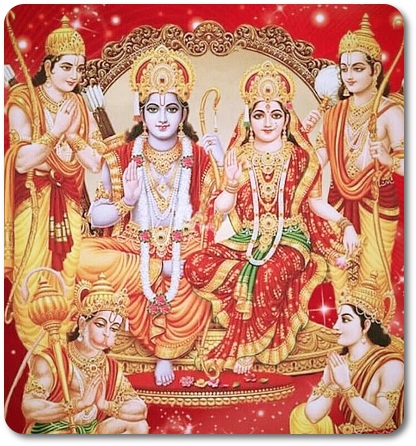 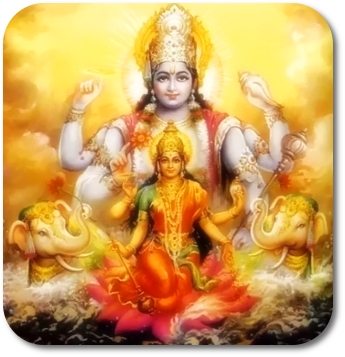 Synopsis in English: My blog will be silent for a few weeks, as my Guru-MahaDasha (Jupiter-MahaDasha) started to kick in and I devote much more time to Shree MahaLakshmi-Gayatri-Mantras, Vaishnava-SahasraNams and other sattvika angas of Vishnu-Dasya (in the sattvika-tyaga mood, of course!). 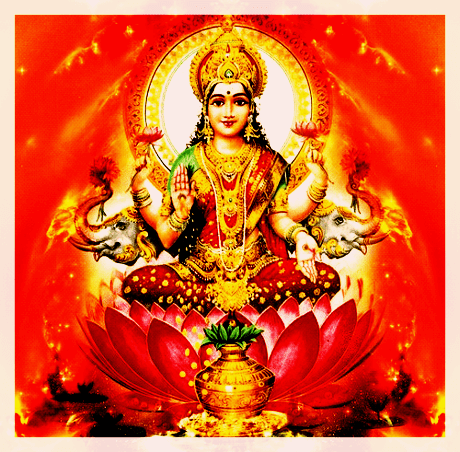 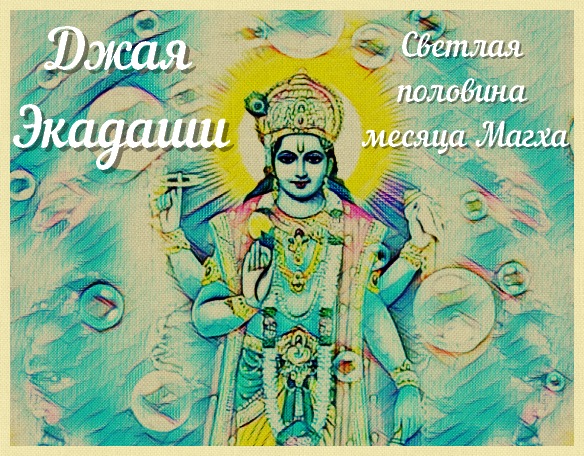 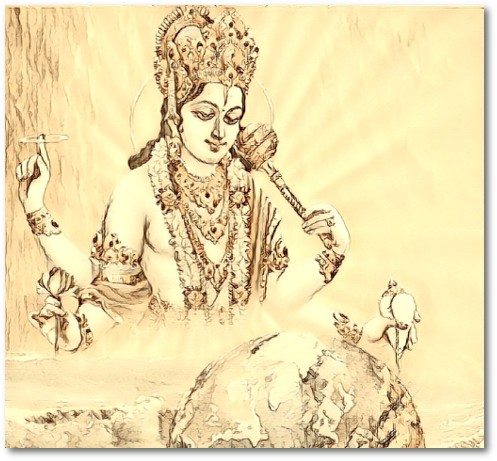 Shree Vedanta Desika Acharya, "Shree Varada-Raja-Panchasat", Mantra 09: "For acting the play[1] of creation, maintenance and dissolution, like an actor, You put on various disguises[2]; fortunate people in their heart picture[3] You thus, You Who are the sole boat to cross[4] the ocean of sansara".

[1]. "Vibhrama" means here "vilasa" - an action which ends in one's own pleasure and has no other purpose, except the play.

[2]. An actor has an artiﬁcial make-up of his body in accordance with the part of a man, a woman, etc., with which he is to act.

Bhagavan Shree Vishnu has different Avataras in accordance with the action He is playing. His disguises are said to be many, because they can be in the form of possession (Avesha) or of Avatara, and they are qualiﬁed by rajas, sattva or tamas.

Bhagavan Shree Vishnu is Himself the agent of the action of maintenance. In the case of creation and destruction He takes the disguise of Brahma and Rudra respectively.

In that case the word "vesha" means that Brahma and Rudra are His body. The quality of agent which belongs to Brahma and Rudra who are bodies, belongs ﬁnally to Bhagavan Shree Narayana Who is the self, as the body cannot act if the self does not.

To answer this objection it is told that the respective results of the three actions are different and must depend on different causes. Therefore Bhagavan Shree Vishnu takes different forms in order to differentiate the producers of the different effects.

But again Bhagavan Shree Narayana is Omniponent and must be able to obtain the different results with His Own Form.

Therefore in order to explain the purpose of taking different forms, the metaphorical description of his activity as theatrical is done.

An actor can act different parts without putting on different costumes. In fact, he puts on a disguise in order to create the stronger emotional state, called "Rasa", in himself and in the spectator.

In the same way, in order to produce Rasa in Himself and in His spectators who are the liberated souls, Bhagavan Shree Vishnu takes different forms.

The difference between the actor and God is that the actor acts with a purpose, to earn his living, etc, whereas Bhagavan Shree Vishnu has no such purpose.

That is why the word "vibhrama" is mentioned here. The acting of the Lord is a mere play. 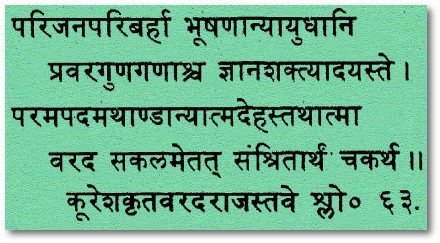 See Kuresha's VaradaRajaStava, 63: "Retinue, insignia, ornaments, weapons, troups of good qualities such as knowledge and power, divine residence, worlds, Your Body, Your Self, O Giver of boons, You have created all that, for Your devotees".

Moreover the poet has said "vesha-parigraham" (You put on various disguises) and not "vividha-vesham" (You have...).

The word "parigraha" (putting on) is used to suggest that the disguise is put on and then removed, i.e. is temporary.

It follows that there will necessarily be an end to the creation and etc. of the world. There is no place for the objection that if God's desire to enjoy the play of creation, etc. is eternal, there will be no possibility to escape from samsara.

Now it is told that Bhagavan Shree Vishnu has all His desires fulfilled. We must take this as signifying that Lord Shree Vishnu can achieve anything at His Will. Thus there is no contradiction in saying that He experiences a desire of the Rasa in the play of creation, etc.

The Lord is the sole instrument of liberation. This quality is shown as necessarily concomitant with the quality of cause of the world.

See Atharva-Shikha Upanishad, 2.17: "The Cause, i.e. the Lord of everything, endowed with all powers, giver of felicity, is to be thought of in the centre of the hollow of the heart".

[3]. As it is told that the fortunate ones see Bhagavan Shree Vishnu in their heart, one has to think that the word "Avesha" refers to a direct Avatara of the Lord.

That will come in contradiction with the doctrine that Brahma and Shiva are bodies of Bhagavan Shree Narayana.

In fact it is shown in the Indra-Prana-Adhikarana of "Shree Bhashya" (1.1.29) that in revealed texts such as the Pratardanavidya it is the Lord Who is the object presented, even if He has Shiva, or another deity as His body.

[4]. The crossing of samsara is the worship, etc. which is the cause of the experience of Brahman after reaching a particular place.

Bhagavan Shree Vishnu is told to be the unique means of crossing samsara.

That may mean that no other deity is required as a support, since the worship of any other deity cannot be tolerated.

Or the word "unique" means "principal, main". The worship of Bhagavan Shree Vishnu is the Main One. Other worships, of the guru and etc. are necessary preliminaries to the Main One". 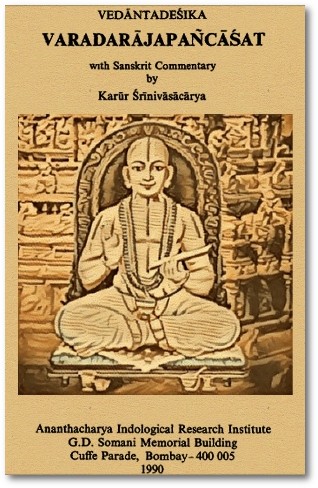 English annotation by Vishnudut1926: "Shree VaradaRajaPanchasat" by Shree Vedanta Desika is widely known among Vaishnavas, so there is no need in my annotation and explanations.

The Sanskrit Tikas by Shree Karur Shrinivasa Acharya are brilliant. There was an article about "Shree AhirBudhnya-Samhita" in my blog a couple of week ago (#link to this article). 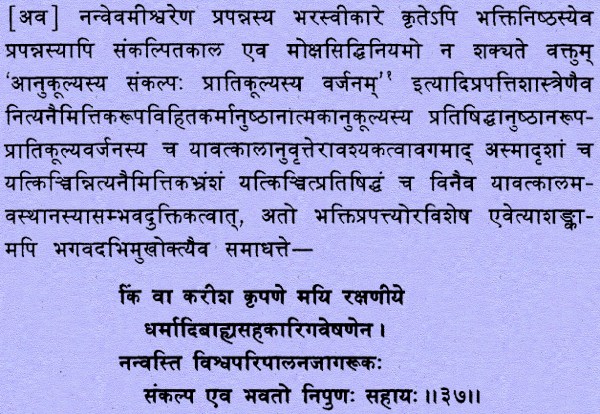 I also liked very profound commentary by Shree Karur Shrinivasa Acharya to the Mantra 23: he writes about Shreemati Bhadra-Lakshmi in the light of Shree NaraSimha-Leela - see the screenshot below or #flickr, #plurk, #ge.tt: 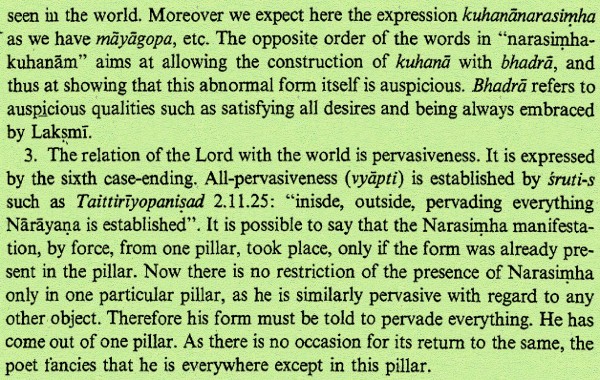 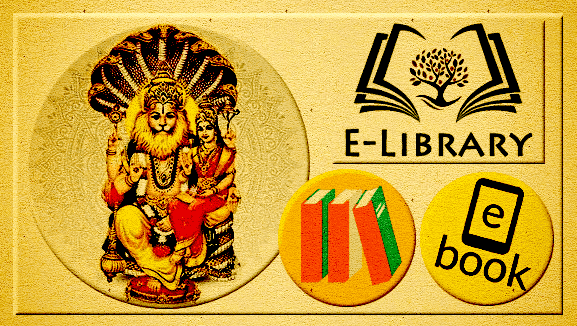 "The Tattvatraya Of Lokacarya - A Treatise On Visistadvaita Vedanta" - an English and Hindi translation B.M. Awasthi, 1973 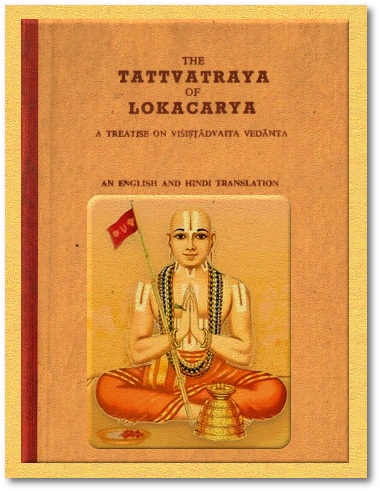 UPDATE from 04-May-2019: enhanced scan had been added [optimized size 3MB + OCR-txt-layer in English]

"Shree Tattva-Traya", 57: "For Bhagavan Shree Narayana 14 worlds and various brahmandas are akin to playfields, created for His entertainment (leelas, krida)".

Vishnu-Purana, 1.2.18: "Lord Shree Vishnu, being thus discrete and indiscrete substance, spirit, and time, sports like a playful boy, as  you shall learn by listening to His frolics".

"Shree Bhagavata-Purana", 6.15.6: "Bhagavan Shree Vishnu, The Lord of bhutas [bhuta=creature, children, sons, living being], Who is Himself Unborn (and therefore Imperishable) and has no purpose to achieve, like a playful boy, creates, protects and destroys the bhutas by means of bhutas which are created by Him and hence dependent on Him". 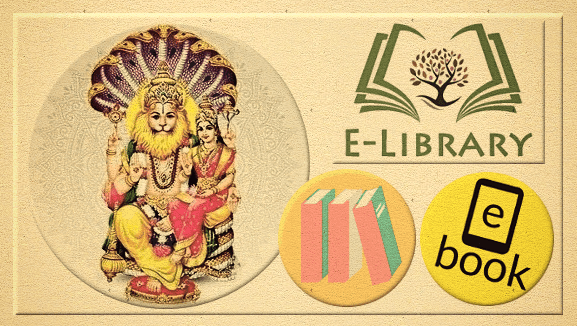 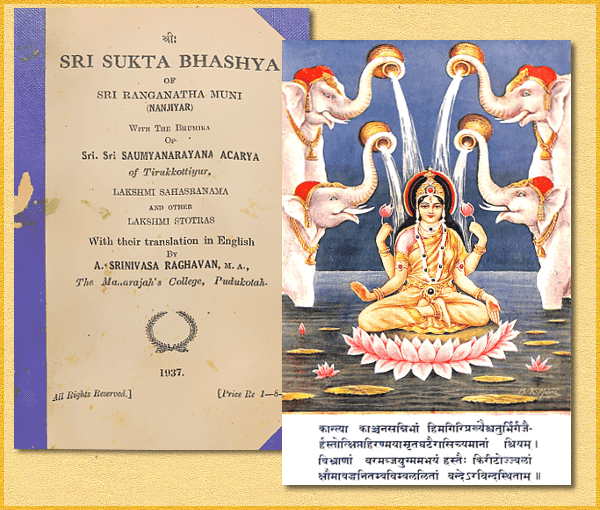 For example, the translation of "Shree Guna-Ratna-Kosham" by Shree Parashara Bhatta Acharya, a little quote below (you can also check on #flickr, #plurk): 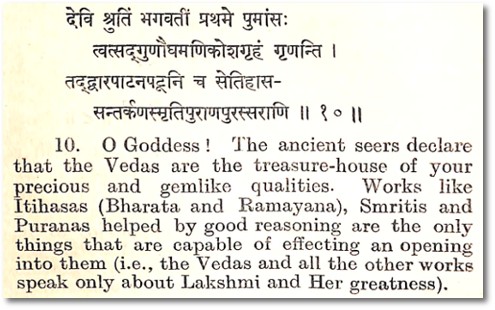 I have embedded "Table of Contents" in the "Bookmark"-menu in the pdf-file - in most pdf-viewers (Foxit, Gaaiho, PDF-XChange and etc.) such embedded bookmarks can be seen by pressing "CTRL+B" on keyboard. 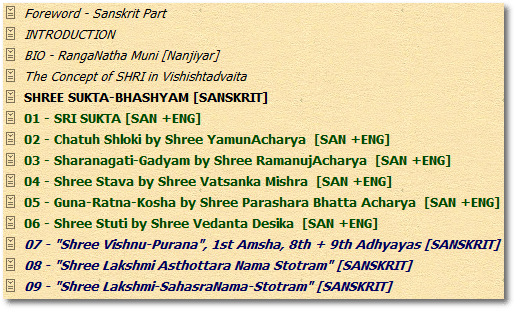 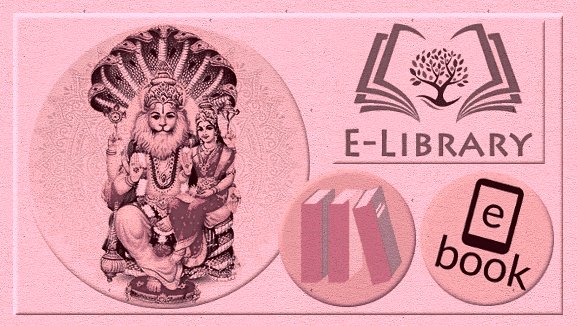