"NAVA VIDHA SAMBANDHAM" - Nine Relationship between Sriman Narayana and you 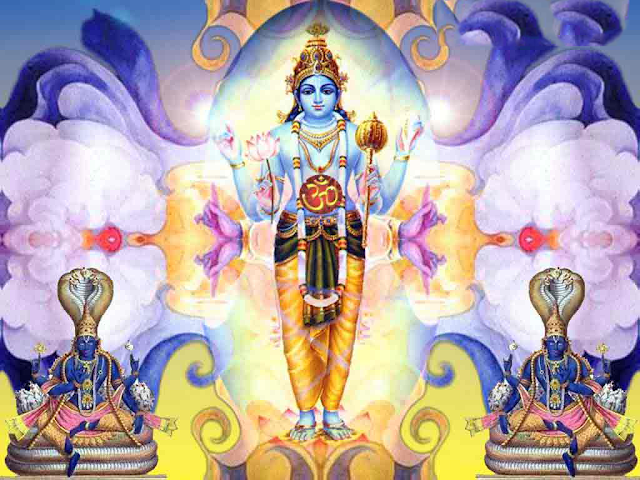 In PERUMAL THIRUMOZHI ANUBHAVAM, Kulasekara Azhvar says that Sriman Narayana is The Supreme Lord and that He Alone is the Sharanya who can grant Salvation (Moksha).

In the fifth decad, Kulasekara Azhvar expresses the 9 types of relationships that exist between the Jiva (individual Soul) and the Paramathma (Lord Sriman Narayana).

The Nava Vidha Sambandham (9 different types of relationships) that exists between the Lord and the Jeevathma can be identified in these ten songs:

Then by the Verse “Kanntarikazvan” the Barthu-Barya relationship is described.

Lord Sriman Narayana is the Purshottaman and all the jivas assume the role of wife for this Purushottaman , this is because He is one who, as the head of the family protects the family and we the jivas being dependent on Him are the wives of the Supreme Lord.

By the verse “Meeneku NeenVayal” the relationship of Rakshya-Rakshaka is expressed. He alone is the Rakshakan (Protector) and we are the one who are protected.

In the verse “Vannalarruthu”, the Lord is described as the physician who cures the diseased Jiva. (jnyanathru jnyeya).

In the verse “Vengan Tin kaliru”, the Adhara-Adhera relationship is described. Sriman Narayana is the cause for the sustenance of the entire universe and we the jiva depend on Him for our sustenance

Then by the verse “Senthazhale vandhu” Sriman Narayana is described as the Sun and the jiva as the lotus which blooms on seeing the sun. The Bogya-Bogthrutva bhavam is conveyed.

Then by the verse “thokkilangiyar” Lord is described as the Seshan and the jiva as the seshi . The total dependence of the Jiva on the Paramathma is conveyed. Sesha-Seshi Bavam.

Then by the verse “Ninnayathan Vendi, Swa Swami relationship is conveyed . We the jiva are the wealth and the Lord, is the owner of the wealth. Thus in the entire decad Kulasekara Azhvar had established the Jivatma Paramathama Sambandham (relationship between the jiva and supreme soul).